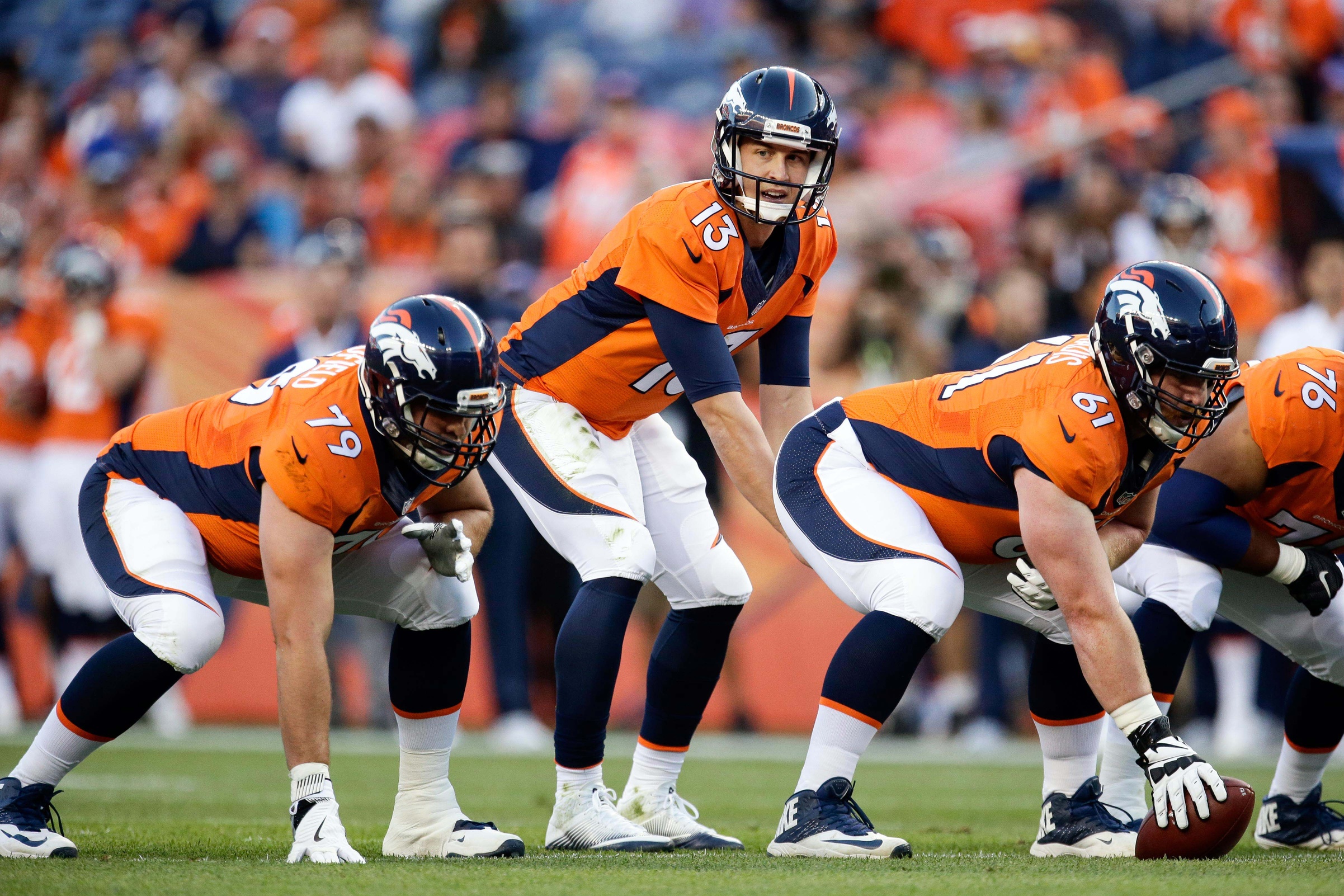 The Denver Broncos finally have their QB1 — Trevor Siemian — and head coach Gary Kubiak believes he’s found a quarterback up for the job of defending the Lombardi Trophy.

“I want Trevor to remain his confident self,” Kubiak said on what Siemian can do from here. “I believe in this kid and what he can do for this football team.”

Kubiak has also confirmed that Paxton Lynch will be the only quarterback playing in the Broncos’ final preseason game, which puts another passer’s future in doubt.

Mark Sanchez finds himself in limbo. Denver has to cut their roster to 75 by Tuesday afternoon, and Sanchez has no guarantee he will be on it.

“Mark has done a heck of a job for us,” Kubiak said during Monday’s press conference. “We are in the process of putting together a football team, and we will be doing that for the next three or four days.”

Kubiak’s comments make it sound like Sanchez is safe for the first-round of cuts, but that’s about it. If he remains on the roster through the Broncos’ first regular season game on September 8, the 29-year-old quarterback is owed $4.5 million and a conditional seventh-round pick (to the Eagles) if he’s on the roster Week 1.

If Siemian is the starter — which he is — and Lynch the backup, it doesn’t make much sense to pay your third-string quarterback nearly $5 million in addition to losing a draft pick.

Sanchez has worked hard in the offseason — no one can argue that — but it looks like his time in Denver is limited. He will likely be shopped to his fourth NFL team in the last three years.

As for Siemian, Kubiak has shown his cards. Whether he’s right or wrong, he believes Siemian is the man for the job.