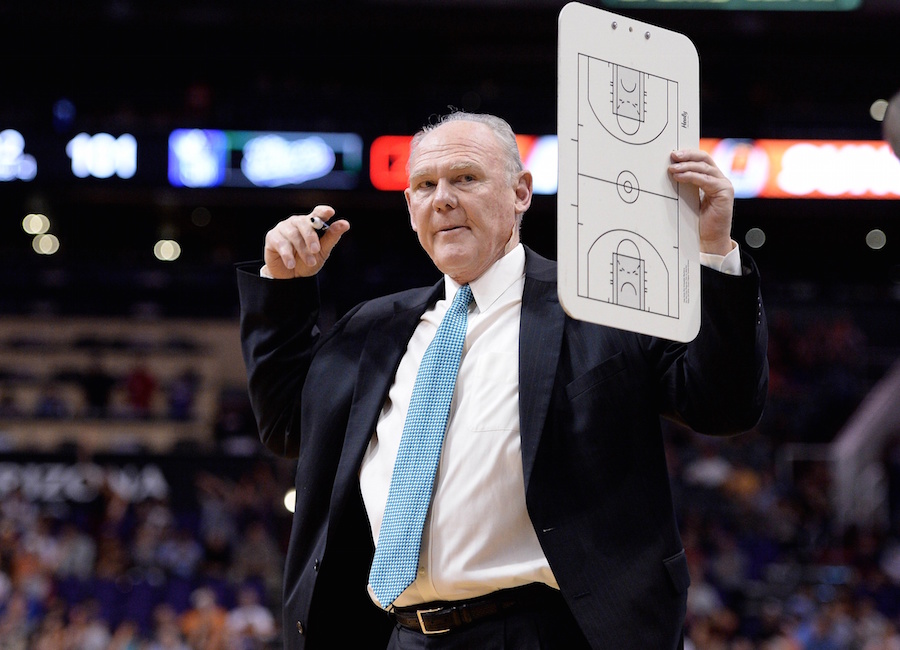 The basketball community has eagerly been anticipating the release of George Karl‘s tell-all memoir, Furious George. And while the book is not set to hit shelves until next month, the New York Post was able to get ahold of a few telling excerpts.

In particular, Karl targets his star pupil, Carmelo Anthony, who had a near-adviserial relationship with his head coach during his entire tenure in Denver.

“Carmelo was a true conundrum for me in the six years I had him,” Karl wrote. “He was the best offensive player I ever coached. He was also a user of people, addicted to the spotlight and very unhappy when he had to share it.

“He really lit my fuse with his low demand of himself on defense. He had no commitment to the hard, dirty work of stopping the other guy. My ideal — probably every coach’s ideal — is when your best player is also your leader. But since Carmelo only played hard on one side of the ball, he made it plain he couldn’t lead the Nuggets, even though he said he wanted to. Coaching him meant working around his defense and compensating for his attitude.”

But he didn’t stop with Melo. Karl also turned his attention to J.R. Smith, who often drew the ire of the Nuggets head coach, saying that Smith had “a huge sense of entitlement, a distracting posse, his eye always on the next contract and some really unbelievable shot selection.”

Karl even went so far as to blame the attitudes of guys like Melo and Kenyan Martin on their fathers, or lack thereof.

“Kenyon and Carmelo carried two big burdens: all that money and no father to show them how to act like a man,” Karl wrote.

Unsurprisingly, Karl was a fan of the trade that jettisoned Melo out of Denver, saying that it was “a sweet release for the coach and the team, like popping a blister.’’

There’s sure to be more to come once the book is released, and it’ll be interesting to see what sort of backlash Karl receives. Just this season, Phil Jackson faced a lot of heat after using the word “posse” to describe LeBron James‘ group of friends; it likely won’t go over well that Karl used the same term to describe Smith’s entourage, given that he’s now James’ teammate.

But if there’s one thing we’ve learned about George Karl over the years, it’s that he really doesn’t care too much about what other people have to say.