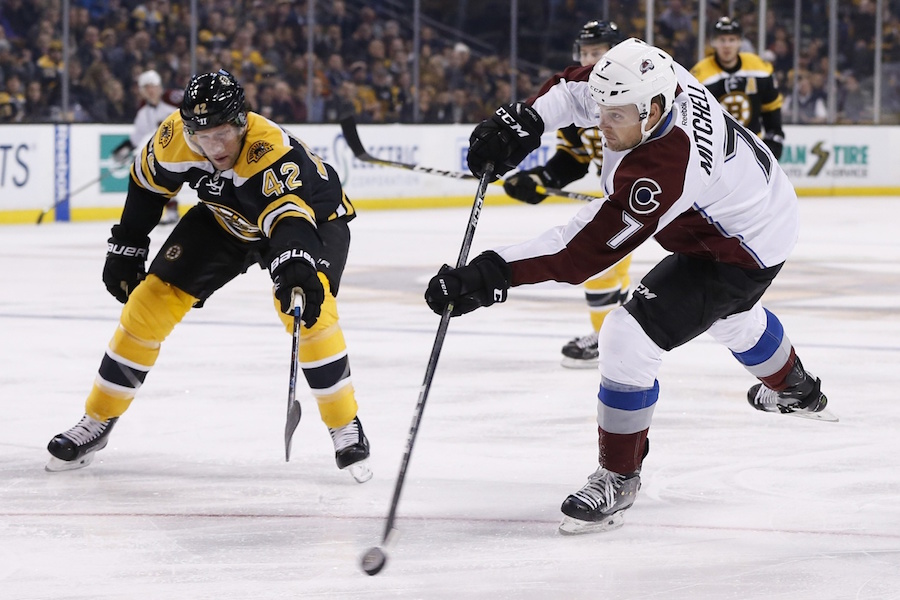 Colorado’s dominance continued at the Garden and the Avs snapped a six-game losing streak with a 4-2 win over Boston on Thursday night. The Avalanche are now 10-0-1 in their last 11 trips to Beantown after staving off a second-period comeback by the Bruins.

Matt Duchene and Nathan MacKinnon helped Colorado jump out to a 2-0 lead in the first period and John Mitchell scored his first goal of the season to extend the lead early in the second. But Boston would battle back to bring the game to within one thanks to a pair of David Pastrnak tallies. Pastrnak now has 18 goals on the season. Carl Soderberg gave the Avalanche some breathing room late in the second, however, and the teams skated without finding the net in the third period.

Both Duchene and MacKinnon scored unassisted. Duchene’s goal extended his team lead to 10 and MacKinnon’s came shorthanded on a breakaway for his seventh of the year. Calvin Pickard made 29 saves to earn his fifth win of the year.

Colorado continues its road trip with back-to-back games north of the border beginning Saturday in Montreal. They face Toronto on Sunday to end their four-game roadie. The two points earned in Boston brings Colorado into a tie for last place in the Western Conference with Arizona.