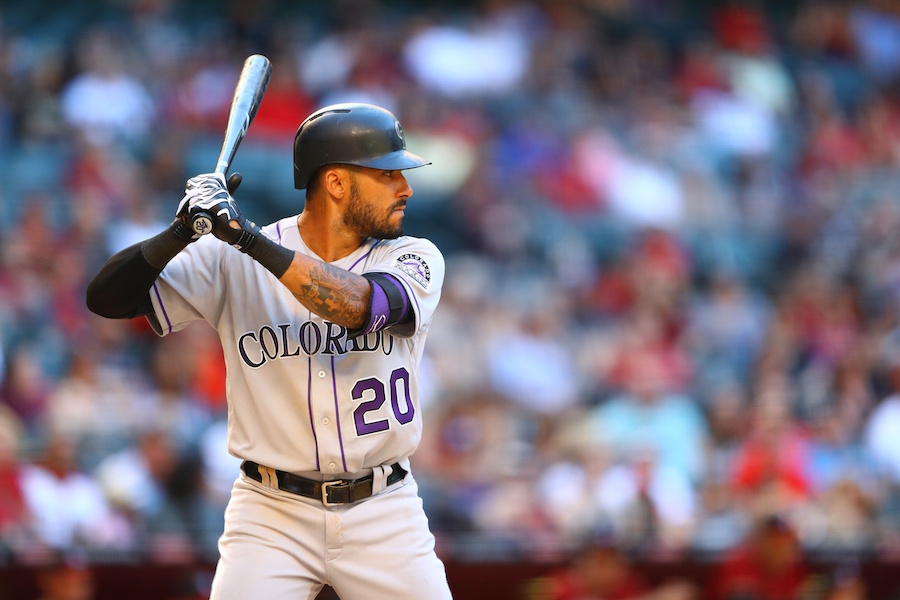 Ian Desmond missed the first month of the 2017 season with a broken hand, but he’s showing no signs of lingering effects now after three games back. The Rockies’ do-everything man clubbed two home runs and had three RBIs in an 11-3 victory over the San Diego Padres on Wednesday night. It was Desmond’s first win as a member of the Rockies after Colorado dropped the first two games since his activation from the disabled list.

Rookie right-hander Antonio Senzatela (4-1, 2.84) pitched six innings to earn his fourth win of the season on the same day he picked up National League Rookie of the Month honors for his outstanding April. Chris Rusin pitched two innings of one-hit relief, and Chad Qualls pitched a perfect ninth, striking out two in the victory.

Colorado finally broke out the bats against a San Diego staff that had mostly stumped them over their previous four meetings. The Rockies beat Jered Weaver (0-3, 5.51) for the second time this season, clubbing 10 hits over four-plus innings against the righty. San Diego committed three errors in the game, allowing five unearned runs. Charlie Blackmon, DJ LeMahieu and Dustin Garneau joined Desmond with multi-hit games.

The win puts Colorado back on top in the NL West, a half-game ahead of Arizona. The Diamondbacks lost a pitcher’s duel in Washington, 2-1, Wednesday night. Colorado closes out the series with San Diego on Thursday afternoon. Kyle Freeland (3-1, 2.93) will try and win the rubber match against Luis Perdomo (0-0, 4.96).