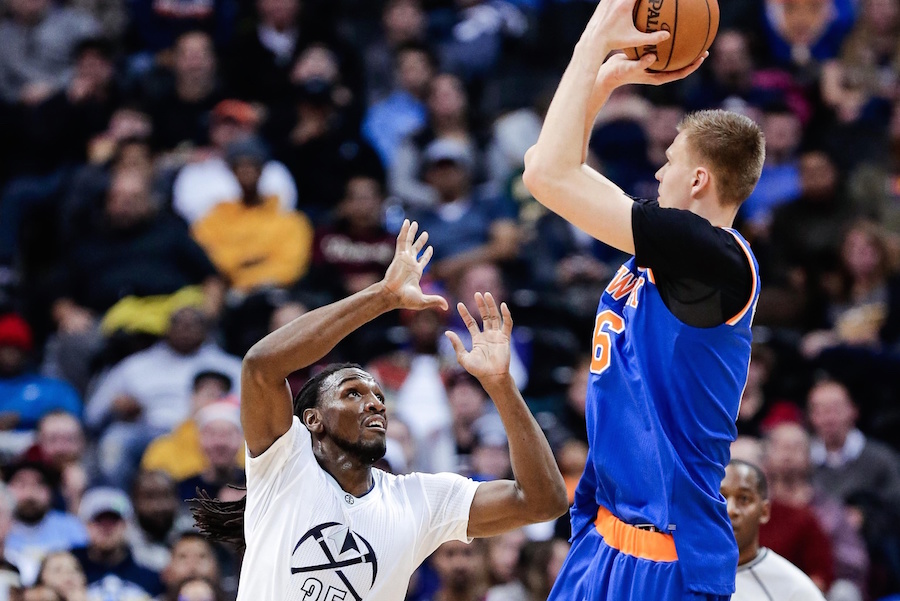 The Denver Nuggets have won back-to-back games for just the second time this season and Michael Malone’s lineup shuffle seems to be paying off. Denver defeated the New York Knicks at Pepsi Center on Saturday, 127-114, despite a game-high 29 points from former Nugget Carmelo Anthony.

Malone deployed the same starting lineup on Saturday that earned him a 12-point win over Portland two nights prior. Denver averaged 129.5 points per game and 26.5 assists per game in the wins. Only one Nuggets starter, Emmanuel Mudiay, scored more than 20 points, but all of Denver’s starters were in double-figures and Kenneth Faried and Will Barton both had big nights off the bench – roles they shined in last season. Faried had seven rebounds and three blocks to go with his 25 points on the night.

Perimeter defense was a key for Denver, holding the Knicks to 8-of-23 from 3-point range. Since returning to the lineup Thursday, Gary Harris has helped hold both of Denver’s opponents to under 35 percent shooting from distance.

The Nuggets will look to avenge a loss last week to last-place Dallas when they host the Mavericks on Monday night. The Mavs have an afternoon affair with Sacramento on Sunday before departing for Denver.