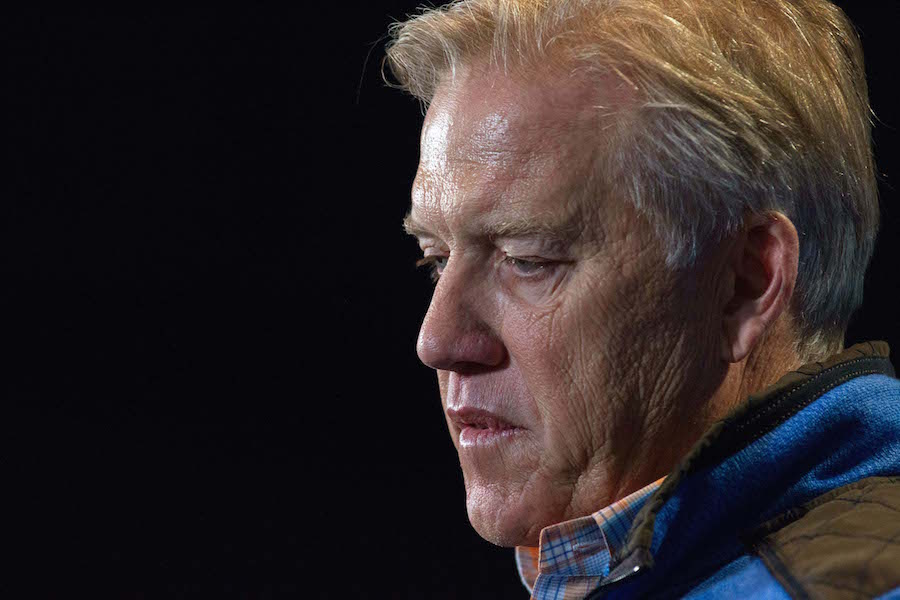 Headline: Brock Osweiler and the Houston Texans agree to terms on a 4-year deal

What a 72 hours at Dove Valley. The Denver Broncos, defending Super Bowl champions, are now without their starting quarterback and his backup. Where do the Broncos go from here?

John Elway is about lay down fresh tracks in knee-deep powder on a mountain face never skied before. He is now tasked with his biggest challenge as vice president of football operations and general manager, replacing the top two quarterbacks on a Super Bowl-winning team. Something no one is his position has ever had to do before.

Make no mistake; the Broncos find themselves in dire straits – it doesn’t matter how great their defense was last season or that they won the Super Bowl without much playoff production from a quarterback. As things stand right now, there isn’t a team in the NFL that’d trade their quarterback situation with the Denver Broncos.

Where do the Broncos go from here? That’s the multi-million dollar question.

Denver still has Trevor Siemian in the stable, and quarterbacks like Dak Prescott and Paxton Lynch could be available in the draft. But is Elway willing to take such a step back at quarterback with most of a Super Bowl defense and key playmakers on offense returning? Either option would be a departure from Elway’s “win from now on” mentality.

There are a couple of directions the Broncos can go with more experienced players. They can trade for a backup they think is ready to step into the spotlight or a starter who needs a fresh start. Or, they can hit the free agent market for a stopgap retread. There are pros and cons for both.

The quarterback free agent market is never going to blow anyone’s socks off, and this season is no different. The leading names are Ryan Fitzpatrick and Robert Griffin III. It’s hard to get excited about either of those.

Last season Fitzpatrick threw for 31 touchdowns and 15 interceptions. Would Denver take that production? Sure. But, there’s a reason the former Harvard quarterback has played for six teams in his 10-year career (three in the last three seasons). Fitzpatrick never shows up when he’s needed most. He is notorious for making mistakes at the worst possible times. Take for instance the Jets final game of the season. With a trip to the playoffs on the line Fitzpatrick threw three picks as his team lost to the lowly Bills, largely because of his play.

Everyone knows Griffin’s story. After winning the Heisman, the Redskins gave up a boatload for the rights to draft the Baylor Bear. He won Rookie of the Year, then couldn’t avoid getting injured, became buddy-buddy with the owner, (probably) got his coach fired and lost his job to Kirk Cousins and Colt McCoy.

Signing Griffin would be odd considering he had trouble running the same offense Gary Kubiak runs. As for Fitzpatrick, he is going to demand more money than Sam Bradford.

As soon as the Osweiler news dropped, Colin Kaepernick became the hot trade name in Denver. But he isn’t the only name swirling around Broncos Country; Matthew Stafford has been mentioned, as well. Acquiring either comes with complications.

Kaepernick is much more realistic than Stafford for a couple of reasons. The former Nevada star’s desire to leave San Francisco is well documented and Denver’s front office has apparently had discussions about what it’d take to bring him in.

A trade for Kaepernick would require Denver to convince the 49ers to eat $7.3 million in dead cap money. Unlikely. It’d also require Elway to give up a young talented defender; in terms of assets, that’s really all they have. Would they part with Shane Ray or Bradley Roby for Kaepernick? If not, can Elway sell a rebuilding San Francisco team on a package of picks? Either way, this would be a complicated deal. A deal for Stafford would be nearly impossible, as they’d have to give up more than they would for Kaepernick and convince the Lions they’re in complete rebuilding mode.

In either case – a trade or signing a free agent – Denver is bringing in a quarterback that has been given up on, a player that has failed once before.

John Elway and Company are in big trouble. They’ll either be overpaying for a retread free agent or trading a hefty ransom for a player no longer wanted by their current team.

So back to the original question: Where does this leave the Denver Broncos? Plainly, it leaves Broncos fans hoping Elway can pull a rabbit from his hat. The Denver Broncos couldn’t have had a worse 72 hours and now they’re scrambling to fill the most important position in sports.