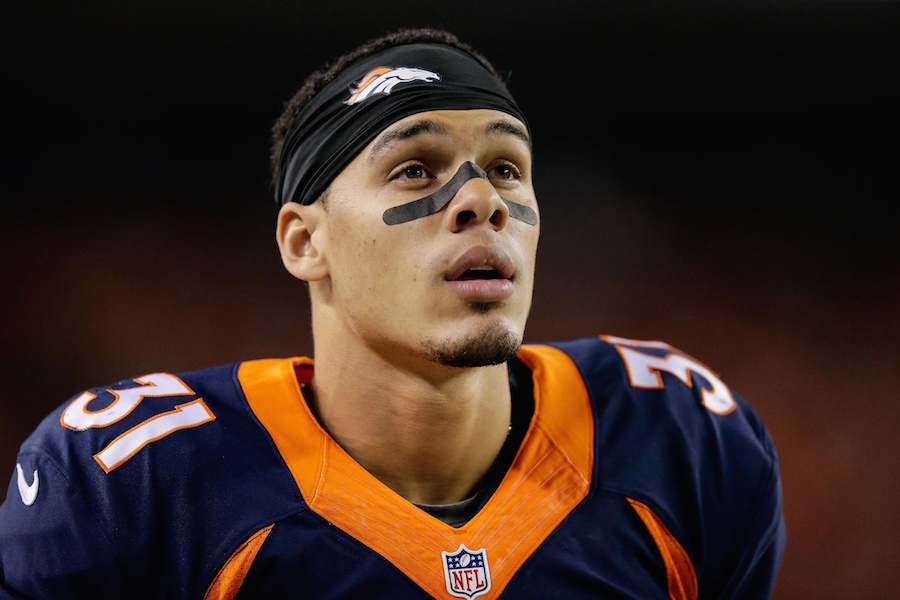 Safety Justin Simmons was presented with the 11th Annual Darrent Williams Good Guy Award on Friday. The award, whose winner is voted on by local media, was created in memory of former Broncos cornerback Darrent Williams, who was killed on Jan. 1, 2007, after only his second season with the team. The award is given annually to the Bronco who “best exemplifies Williams’ enthusiasm, cooperation and honesty while dealing with members of the press”.

“I know how hard the relationship can be between player and media,” Simmons said. “There are questions — and  answers that we have to give — and I know there are times when I didn’t want to do it. I know that sometimes my answers could have been repetitive, but I really appreciate [this award].”

The second-year Boston College product is third on the team with 68 tackles in his first season as a starter. Simmons was so impressive in training camp and preseason that the Broncos were willing to move on from Pro Bowler T.J. Ward in order to make room for Simmons.

“I’m extremely humbled and honored to receive this award,” Simmons continued. “I didn’t know Darrent Williams personally, but through my extensive visits at the Boys and Girls Club; through my interactions with a bunch of staff and [team] personnel — people here when he was here — nothing but high praises were spoken of him; they type of character and the type of guy that he was.”

“So, to even be mentioned in the same sentence… to be able to share something in common with a guy like that,” Simmons paused, and then listed some of the team’s previous winners. “Not to mention the previous list of guys before me — guys like Champ Bailey and John Lynch; guys like Chris Harris Jr. — all guys that I look up when I was growing up and watching football; guys that I get to play with now. Brandon Marshall; another one; so it’s truly humbling.”

“I really can’t express into words how thankful and appreciate I am to receive this award.”

Amazingly, Simmons is the 11th consecutive Broncos defensive player to win the award. According to the team, wide receiver Demaryius Thomas and nose tackle Domata Peko Sr. also received significant consideration for the honor in what was one of the closest votes since the inception of the award in 2007.

Click here to watch the full press conference with Justin Simmons, including what he had to say about the awkwardness of replacing teammate and ‘older brother figure’ Ward, or watch in the video below.