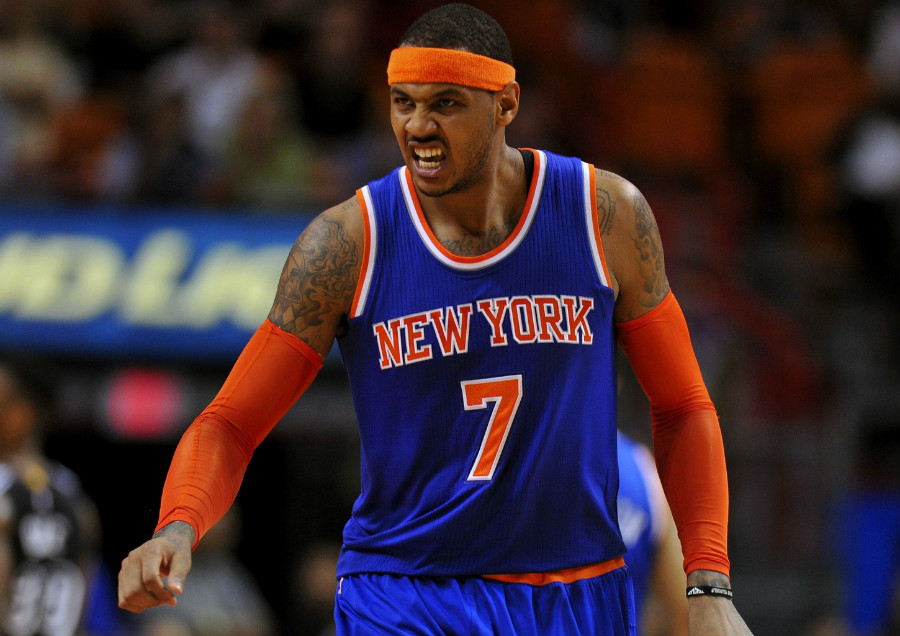 It is worth noting, especially in the Denver market, that Carmelo Anthony knows how to handle his business. It does not matter what you think of his game. Even if you believe the ball sticks to his hands like glue and his defense is lacking, Anthony has handled things like a true professional on and off the court.

Since breaking in with the Denver Nuggets, Anthony’s game has always been consistent. It is expected that he will put up 20-plus points per night, grab a handful of rebounds and dish out a few assists. Though the points have remained solid, he just never really improved his game in other categories. And, that is okay. It is the game Anthony has always possessed.

He was (and still is booed) at Pepsi Center after leveraging a trade from Denver to New York. Fans felt slighted and disappointed, directing more than a fair share of ire at one of the best players to ever don a Nuggets uniform. Now, nearly six years after he left, it’s clear that “Melo” handled things the right way, even then. His actions this year are adding much-needed perspective to his departure from Denver.

Anthony has absorbed cheap-shot after cheap-shot from Phil Jackson this season. Jackson has criticized Carmelo’s game on the court several times publicly, specifically calling out Anthony’s defense and lack of passing skills.

The only reason this is happening now is that Jackson’s plan to improve the New York Knicks has been an utter failure, and he knows it. In fact, other than drafting Kristaps Porzingis, Jackson has done nothing to get the organization back on the right track.

Anthony is not the reason New York has struggled. The Knicks knew who he was when they gave up unimaginable assets to the Nuggets in 2011 to acquire him. Anthony is one of the best pure scorers in the NBA – always has been and always will be. The way to win with Anthony is to put a very intelligent point guard with him.

Masai Ujiri and George Karl made Anthony work in Denver. One of the reasons Anthony was so successful with the Nuggets was the fact that he was playing with very smart point guards, such as Andre Miller and Chauncey Billups. It was not necessarily due to the other talent on the Nuggets’ roster. Karl and Ujiri figured all of this out and Jackson has not. New York has not had an especially intelligent point guard during Anthony’s tenure there. And no, Derrick Rose does not fit the bill.

Still, Anthony continues to be beyond professional when asked by the media what he thinks about his future in New York and his relationship with Jackson. In fact, Anthony has used a similarly professional approach addressing Karl’s negative comments toward him in his new book.

Karl slammed Anthony for his inability to grow as a complete player, his need to always have the limelight and the fact that he did not have a father growing up. Anthony’s response was simply to diffuse the situation and not take a personal shot at Karl.

Six years ago Anthony could have been outspoken about his desire to leave Denver and return to the city in which he was born, or paraded around on national TV about where he wanted to take his “talents.” He could have called out less-talented teammates who kept him from advancing past the first round for so many years. But he wasn’t and he didn’t.

In his final (partial) season with the Nuggets, Anthony posted scoring and rebounding averages that were both above his career averages. In 50 games with Denver that year he had just 18 with a negative plus/minus. He scored 30 or more points 17 times. He scored 38 in his final game as a Nugget and 42 in his final home game at Pepsi Center. There was no quit, even when his days in Denver were numbered.

No matter what you think of Carmelo as a player, you have to respect the way he has gone and still is going about his business, even as he continues to be a punching-bag around the NBA. It would be nice to see LeBron James take a similar approach to Anthony when dealing with criticism.

James has been called out personally by Jackson when the latter called the former’s entourage “thugs.” James was also called out recently by Charles Barkley for whining too much after James called for his team to get more help and for continuously calling out his teammates.

LeBron’s response was take personal shots at both parties very publicly. Some may agree with James doing this; however, it has garnered James much negative attention in the media over the past few days.

It would be nice to see James take some advice from his longtime friend Anthony in dealing with criticism. Anthony is absorbing shots left and right and dealing with it much better and much more professionally then James. Nobody is criticizing Anthony right now, even though he is constantly in the news. Meanwhile, it seems everyone is criticizing James for going through similar bumpy roads. The way you handle yourself matters.

When Nuggets fans think back, they should remember the Anthony years fondly. He guided them to the playoffs consistently, and could have thrown a huge fit when he wanted out. But he didn’t.

Denver has an old friend they can be very proud of, whether you like his game or not.