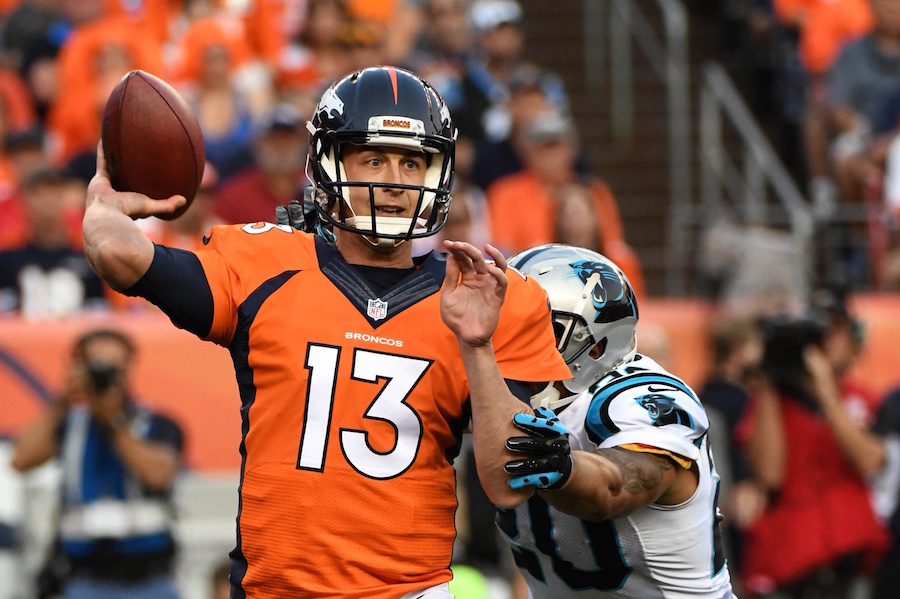 The makers of EA Sports Madden NFL 17 didn’t think too highly of any of the Denver Broncos’ quarterbacks heading into the 2016 season. Trevor Siemian is beginning to change that, one week at a time.

Madden updated its player rankings for Week 1 of the NFL season and Siemian took a nine-point jump after being officially named the starter over the now-departed Mark Sanchez. Siemian now ranks a 70 overall in Madden 17, still one of the lowest scores among starting quarterbacks.

Trevor Siemian goes +9 to 70 OVR after his first start.

Siemian rated a 60 when Madden 17 was first released this year, 12 points below Sanchez, his main competition for the starting job, and 14 points below rookie Paxton Lynch. His preseason performance, however, not only earned him a starting job but a slow climb out of the cellar in the ratings.

Against the Carolina Panthers in a 21-20 victory, Siemian wasn’t exceptional – he was 18-for-26 for 178 yards with one touchdown and two interceptions. The second-year QB also rushed for 20 yards on five attempts with a long of 11 yards. However, the victory over the favored Panthers and reigning league MVP Cam Newton should mean another increase for Siemian heading into Week 2.