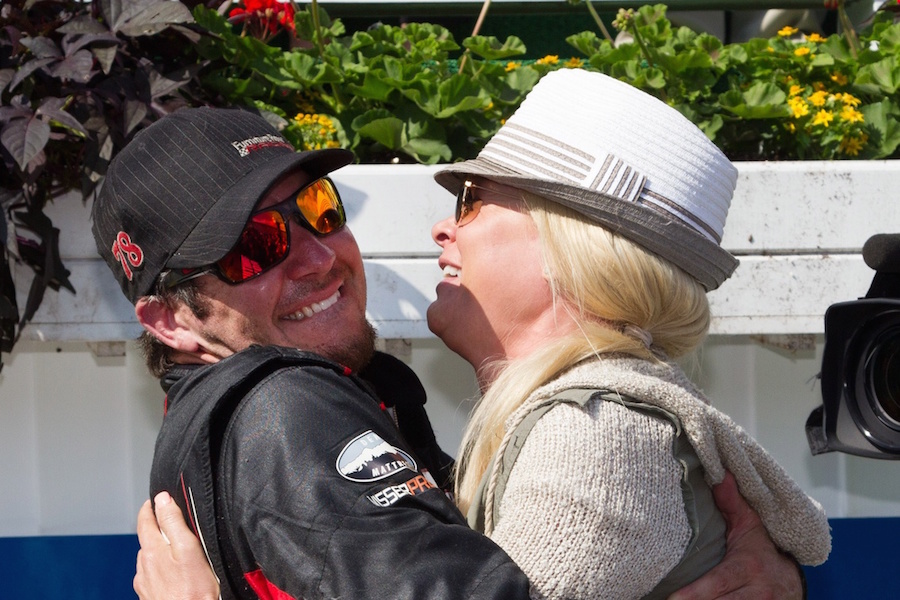 Pocono Raceway will always hold a special fondness for Martin Truex Jr., who overcame professional and personal setbacks when he scored an emotional victory at the 2.5-mile triangular track in June of 2015.

“No question that was a special moment that will never be erased from my racing memory,” said Truex. “Our never-give-up attitude paid off, and launched us into a new level of performance that we’ve been enjoying ever since that magical day at Pocono Raceway.”

Truex, who reached the final four in the Chase playoffs last year, currently ranks seventh in driver points. His season to date includes one win, three top fives, nine top 10s, and the 989 laps that he has led leads the Sprint Cup Series.

Truex will be looking to add to those numbers in Sunday’s Pennsylvania 400, driving the No. 78 Furniture Row/Denver Mattress Toyota.

“We’ve had some tough luck at Pocono since that victory, but we had the performance to be a contender,” noted Truex. “We have the data and feel if we can avoid the bad breaks we will again be a contender.”

In the second Sprint Cup Series race at Pocono last year, Truex appeared to have a third-place finish locked up with the checkered flag only a few laps away. But then the unexpected happened. His car ran out of fuel as did a number of other cars, including the two leaders.

“The fuel issue caught all of us by surprise,” said Truex, who went from third to 19th when the checkered flag waved.

In this year’s June race, Truex arrived at Pocono on an ultimate high. He was coming off one of the most dominant victories in NASCAR history, winning the Coca-Cola 600 by leading 392 of 400 laps at Charlotte Motor Speedway.

“We had the momentum going into Pocono, but had a weird issue happen to us,” stated Truex.

He was right about his reference to a weird issue. As Truex was running in the top five, he came down pit road for a tire and fuel stop. But when one of the flying lug nuts came off the right-rear tire it found its way behind the wheel. When Truex returned to the track, it didn’t take long before that tire blew due to the lug nut shearing off the inner stem valve.

“Pocono is a tough track as it is, you can’t afford these kinds of issues,” explained Truex. “Pocono’s tricky triangular shape is not the easiest to maneuver on. The tunnel turn at Pocono is one of the toughest, it’s definitely intimidating. The hardest thing about that turn is that it’s flat and you’re carrying so much speed. If you want to contend at Pocono, you better figure out that turn or it will be a long day.”