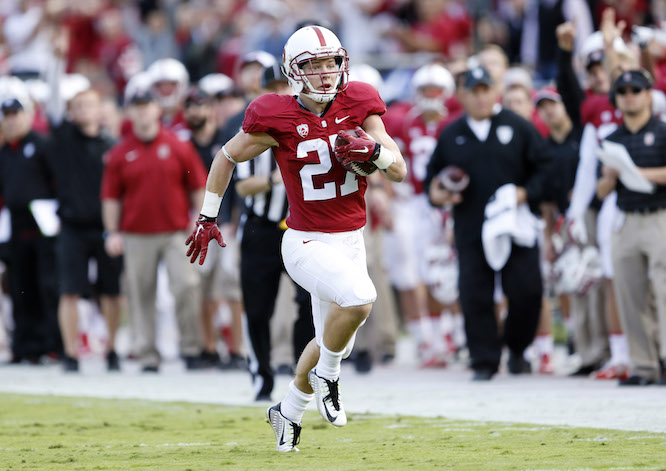 Stanford sophomore running back Christian McCaffrey did a little bit of everything for the Cardinal in his freshman campaign in 2014, rushing for an average of 7.1 yards on 42 carries, scoring two touchdowns on 17 receptions and returning more than 250 yards on kickoffs and punts in just 15 total attempts.

Now, one national analyst thinks he could have a bigger award on the horizon.

Klatt, now the lead college football analyst for Fox Sports, himself was not a finalist in his senior year (2005) at CU, but correctly predicted Marcus Mariota to win last year’s Heisman Trophy.

Now Klatt has only called McCaffrey a dark horse, but as a true sophomore, the Valor Christian product has plenty of time to pursue the nation’s top honor. Given his high school success and current trajectory, he might not be a dark horse for long.