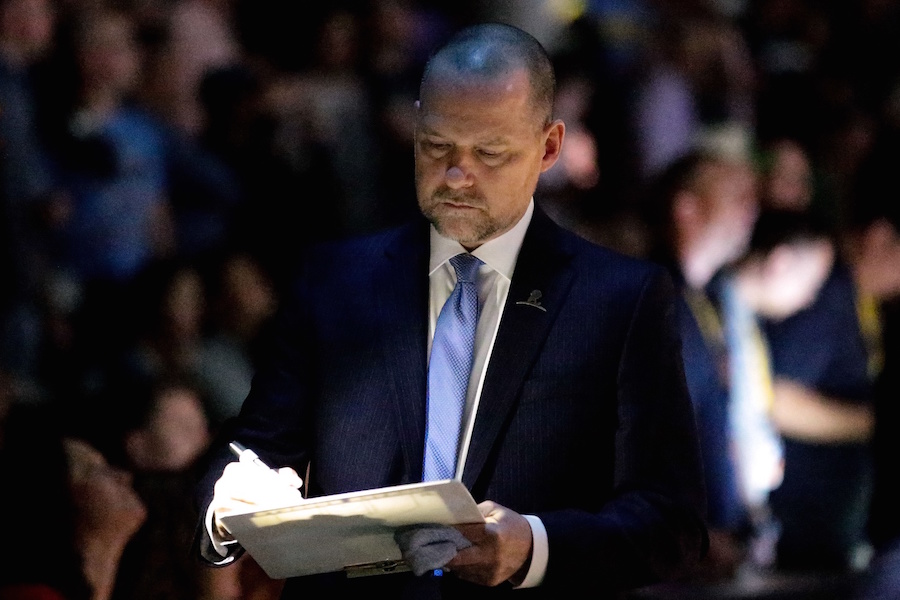 With the addition of All-Stars Jimmy Butler and Paul George to the Western Conference, (among other talented players coming to the West), Denver Nuggets head coach Michael Malone is looking forward to the challenge his team will face playing in a now even more stacked conference.

“For me, I’m excited about that challenge, we won’t run from that,” Coach Malone told Eric Goodman and Les Shapiro of Afternoon Drive on Mile High Sports AM 1340 | FM 104.7 at Paul Millsap’s introductory press conference.

Last year, the Nuggets had no problem finding a way to put the ball in the basket. Denver ranked top-three in points per game in the NBA at 111.7; the only two teams ahead of them being the 2016 NBA Champions Golden State Warriors (115.9) and the Houston Rockets (115.3).

“Offensively we were terrific, if we want to make a jump in a very talented Western Conference, the biggest improvements are going to have to be on the defensive end of the floor,” Malone said.

The additions of Millsap and Tyler Lydon to the team should raise the bar on defense for the Nuggets. The 6-foot-10 Lydon, picked 24th overall in the first round of the 2016 NBA draft, has a 7-foot wingspan that gives him the potential to be a solid best perimeter defenders.

Coach Malone is looking to the 2016 All-Defensive Second-Teamer, Millsap, to lead the young players like Lydon on defense.

“Paul has shown that he can not only do it physically, but mentally, and from a leadership and communication standpoint. He’s going to help a lot in that area,” Coach Malone told Goodman and Shapiro.

Finishing as one of the worst teams in points allowed last season at 111.2, Denver has great strides to make defensively before the 2017 season begins.

Listen to the full interview with Coach Malone, including his thoughts on Paul Millsap’s ability to lead a young Nuggets roster, in the Podcast below.