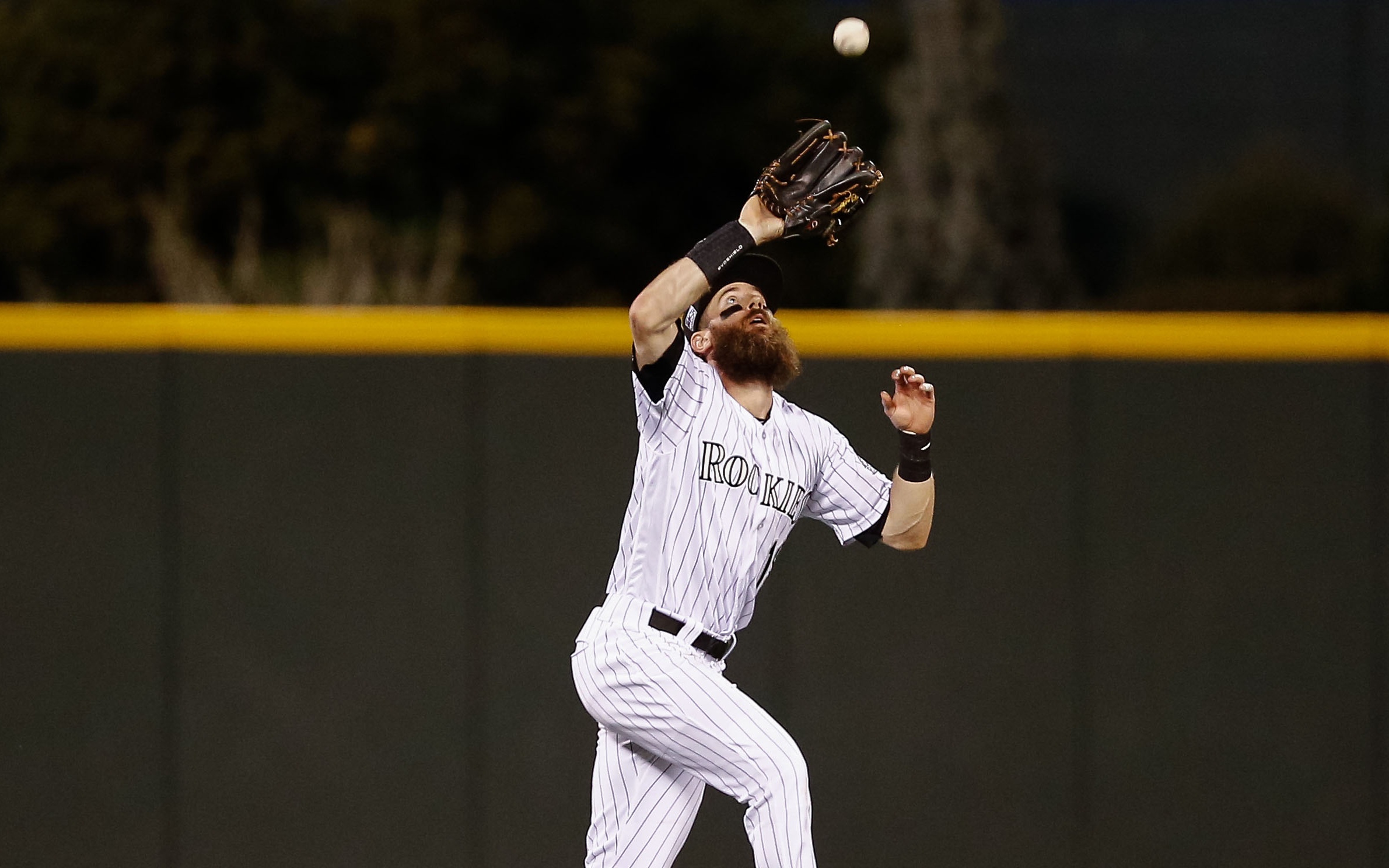 As the rumor mill churns out every variation of a team through trade or free agency, Colorado Rockies’ manager Bud Black is beginning to look at shuffling his roster.

According to the Rockies’ Jeff Bridich, Black has gone to both Ian Desmond and Charlie Blackmon and discussed changing their positions. Desmond would move from first base to a utility outfielder, with Blackmon taking the reigns of a vacated corner outfield spot, away from his primary spot in centerfield.

Bud Black has talked with Ian Desmond about a change of positions, again, about making him more of a utility defender with the Rockies. He also broached the subject with Charlie Blackmon away from center field to the corners, Jeff Bridich said.

The more interesting of the two is Blackmon.

Recently re-signed to a multi-year extension, Blackmon is set to man the outfield for the Rockies for years to come. While he has held down centerfield for every game he has played in for the past three seasons, a move to a corner makes sense.

Last season, Blackmon registered a -28 mark in defensive runs saved. Not only was the mark the worst of his career, but the worst in Major League Baseball among qualified fielders. The man directly behind him was the acclaimed prize of the offseason, Bryce Harper (-26).

Heading into the offseason, the Rockies’ roster is set to change. With the declined option of Gerardo Parra and expired contract of franchise mainstay, Carlos Gonzalez, the team has a pair of open spots.

In the organization, the Rockies have several outfield options for next year including the aforementioned Blackmon, David Dahl and Raimel Tapia among others. With Tapia manning center field, the Rockies seem to have their outfield figured out already.

But the Rockies are no longer in the business of development, rather, they are now a contender in the National League, making their second-straight postseason appearance last year.

Dahl, an unsung hero of the Rockies’ run last year, has proven his ability. After suffering from a back injury for much of the last two years, the former first round pick accrued 271 plate appearances last year.

At the plate, Dahl slashed .273/.325/.534, with the slugging coming in the form of a career-high mark. With 12 home runs between August and the conclusion of the postseason, the power appears to be back, signaling the back injury is in the past.

The other youngster, Tapia, does not have the same track record. Despite multiple hot streaks for AAA-Albuquerque, Tapia has only played sparingly in the majors. Last year, in his 25 games, he was only able to reach the Mendoza line, failing to eclipse it.

With further development needed, Tapia would be better served as a fourth outfielder, entering the lineup in quality matchups and when injuries occur.

With Dahl in his traditional left field slot and Blackmon shifting to the vacated right field spot, the team has a hole in center, one that cannot be filled by anyone currently on the roster. Luckily for the Rockies, the offseason is in full swing.

On the free agency market, the Rockies should be looking towards A.J. Pollock, formerly of the divisional rival Arizona Diamondbacks.

While Pollock represents a slight downgrade in the hitting department per his recent numbers, the change could pay dividends if he stays healthy.

In his last fully healthy season, Pollock finished 14th in NL Most Valuable Player voting. Perched atop the Diamondbacks lineup, the centerfielder got on base at a .367 clip and stole 39 bases, while playing Gold Glove defense as well.

If the Rockies were able to lure Pollock to Denver, they could not only have a new Gold-Glove caliber defender in center field but a lineup adjustment as well.

With Pollock being brought in, the Rockies could move Blackmon to the second spot in their lineup, formerly belonging to second basemen D.J. LeMahieu. Though it doesn’t completely solve their hitting woes, a trio of Pollock, Blackmon and Nolan Arenado atop the lineup would serve as a strength.

The franchise wouldn’t stop there though.

As reported from the league’s winter meetings as well, the Rockies have been engrained in talks for first base options. With the move of Desmond, the team is looking to upgrade multiple spots.

With the addition of Pollock in centerfield and one of the various first base options available, the Rockies could overcome the woes that plagued them last year, drastically improving their lower-tier NL offense.