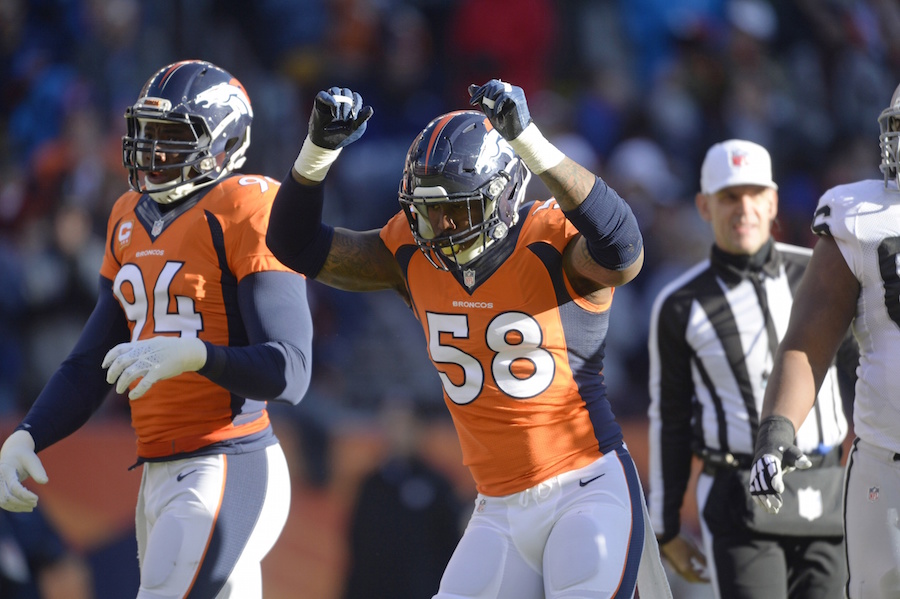 In a statement released by NFL commissioner Roger Goodell himself on Tuesday, the NFL has relaxed its excessive celebration rules to allow “players more room to have fun after they make big plays.”

Unfortunately for Broncos fans, Von Miller’s use of the Key and Peele “Hingle McCringleberry Triple Pump” celebration isn’t covered under the relaxed rule.

The NFL fined Miller $11,000 in 2015 for imitating the sexually suggestive celebration originally coined by the sketch comedy artists in a bit lampooning the NFL. The actors reportedly paid Miller’s fines (not that he needed them to), but celebrations of a sexual nature remain off-limits even after the league’s recent changes.

In the statement, Goodell wrote:

We know that you love the spontaneous displays of emotion that come after a spectacular touchdown. And players have told us they want more freedom to be able to express themselves and celebrate their athletic achievements.

Now allowed under the relaxed rules are celebrations that include:

Goodell says he spoke with more than 80 current and former players in determining the rule changes.

Previously, those unsportsmanlike conduct celebrations would incur a 15-yard penalty in addition to fines levied by the league. Infractions committed by the defense would also result in an automatic first down for the offense.