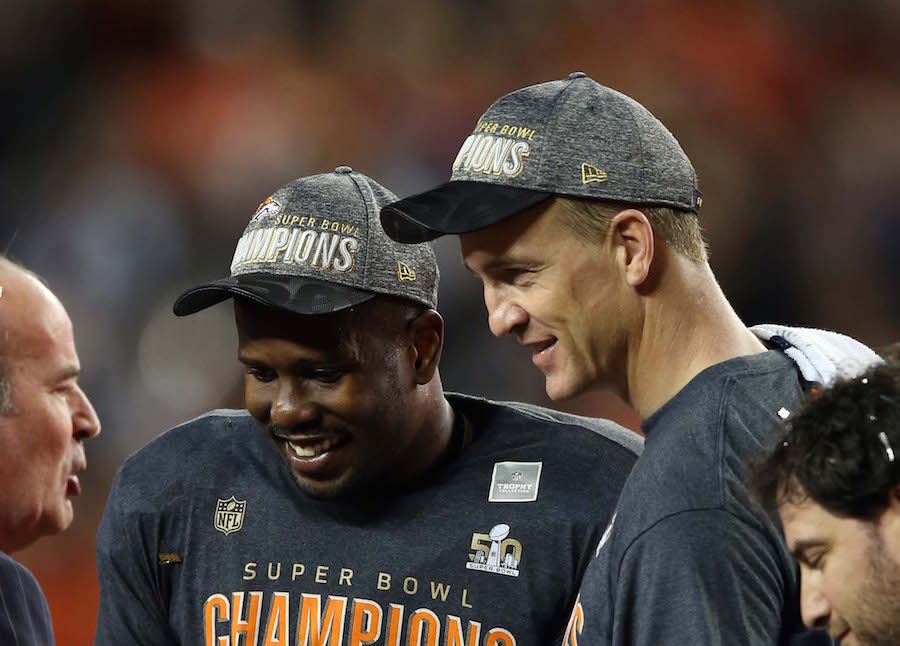 Although recent history clouds it to some extent, the 2010s were a fantastic decade for the Broncos. They made it to two Super Bowls, won one of them, and had the most prolific offense of the decade and in the history of the league.

According to ESPN and their DVOA and DVAR metrics, the Broncos had the decade’s most dominant defense and best passer as well.

The best NFL players and teams of the past decade 🙌

DVOA and DVAR are the most effective tools in measuring and comparing teams, as it weights and values stats based on factors like the opponent, the weather, the down and distance, and where on the field the ball is. For example, it’s much more difficult to gain a yard on first and goal from the one, down five against the New England Patriots, with 30 seconds left in the game in a blizzard than it is to gain a yard on 3rd and 20, up 25 against the Bengals, with 10 minutes left in the game in September. DVOA and DVAR are the only stats that account for that.

Peyton Manning’s 2013 season being crowned as the best of the decade should surprise no one. Manning was flawless from the rematch of the “Mile High Miracle” to the AFC Championship and set almost every single-season passing record there is. Manning finished the season with 5,477 yards, 55 touchdowns, and merely 10 interceptions while also achieving the second-highest completion percentage of his career.

Denver’s No Fly Zone being named as the decade’s best defense is much more surprising given the dominance of Seattle’s Legion of Boom, but they’re certainly deserving. The Broncos’ defense suffocated and smothered opponents, somehow capturing the Broncos a 12-4 record and a Super Bowl championship, despite the offense being among the league’s very worst.

It’s stunning to think the Broncos reached the highest mountain top on either side of the ball, in the same decade.