As the offseason has begun to slow down in a big way, the one reprieve from the lack of excitement is the release of the Denver Nuggets 2019-20 schedule.

At 1pm MDT on Monday, the full NBA schedule was finally released which will inevitably lead to weeks of analysis and arguments all across the internet. Before we get into the intricacies of Denver’s 2019-20 schedule, let’s first take a look at it. 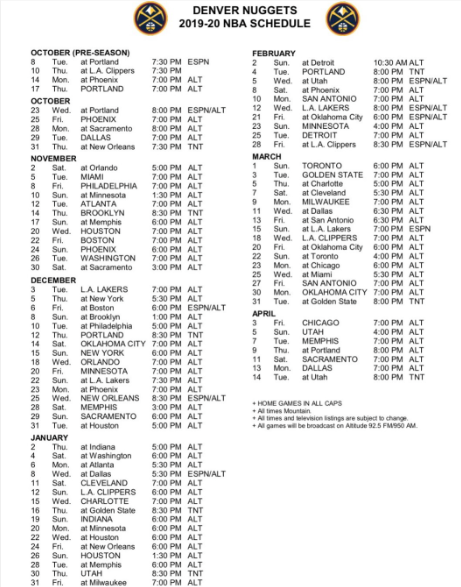 Overall, the Nuggets schedule seems reasonably balanced and even. There are not as many brutal stretches as in years past and back-to-backs continue to lessen. Denver has quite a few nationally televised games and will be playing on multiple major holidays. There is no grounds for complaining about the national exposure and there are no incredibly long road trips.