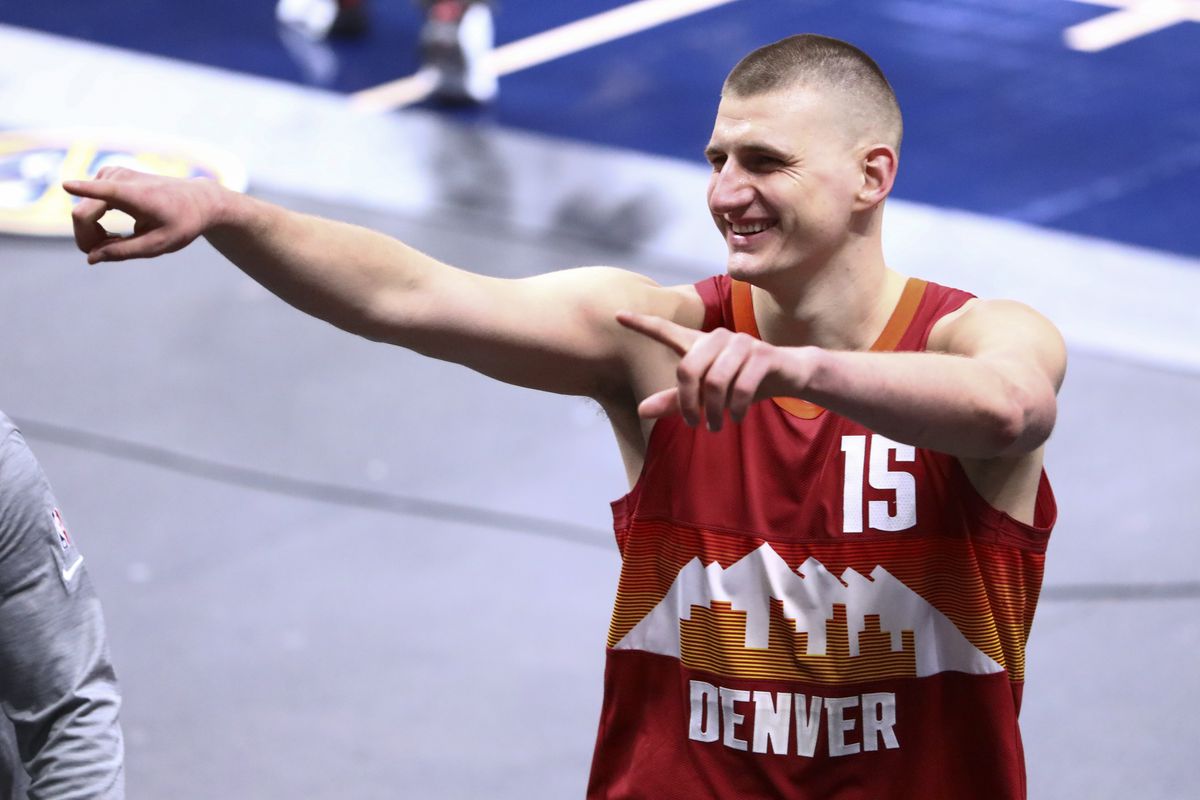 After a tough loss in game one on Saturday night, the Nuggets bounced back in a big way for game two by blowing out the Blazers 128-109. Nikola Jokić finished the night with 38 points on 15 of 20 shooting from the field, 8 rebounds and 5 assists.

“Nikola is a great player and some of the shots he was hitting were well defended and he was just making them look easy,” Michael Malone said. “That’s what great players do.”

Things definitely got a bit heated at the start of the game which carried over into the second half. Multiple technical fouls were assessed along with two flagrant fouls committed by Carmelo Anthony and CJ McCollum.

In the third quarter alone Jokić was called for four fouls and as you’d expect, he grew frustrated and let the officials have it. He was being restrained from Malone and the rest of the coaching staff to avoid escalating the situation any further but the referees called a technical on him.

“It’s an emotional game, of course, we’re playing for something,” Jokić said. “The refs are doing the best job they can. They have the toughest job. They make a good call or a bad call, somebody is going to yell at them so I don’t know how somebody wants to become a ref to be honest.”

Malone appreciates the emotion he gets from his MVP but knows how important it is to make sure he stays in the game.

“I love the fact that he gets emotional and cares as much as he does but then also I’m trying to make sure I can control him whenever I can because when he’s level headed he’s the best player in the NBA and we need that player,” Malone said.

Last game, everyone kept talking about the fact that Jokić only had one assist all game. Malone quickly shut down that narrative and said he only had one assist because the rest of the team wasn’t making any shots. Monday night was a totally different story as Denver outscored Portland in every category.

The Nuggets also had trouble stopping Lillard last game but did a better job in game 2. Well, sort of. He went off for 32 points in the first half alone and went 8 of 11 from long range. Malone tried throwing different bodies at him but knew he had to make some adjustments in the second half. That’s when Aaron Gordon stepped up to the plate.

“At halftime after the 32 point first half we said lets have Aaron Gordon guard him,” Malone said. “That’s one of the reasons we brought AG here. His defensive versatility and obviously he embraced it, he wanted it. That’s the best part about it. This is something Aaron Gordon has been wanting to do and he just made it hard.”

Gordon is always up for the challenge of defending the opponents best players. It doesn’t matter what position they play. He wants it.

“Dame was going crazy in the first half,” Gordon said. “It looked like we didn’t have an answer for him so I went to the coaching staff and said I got him… I love those matchups. I don’t really care what the matchup is. It can be a point guard or it can be a center. I’m here for it all.”

In the second half, Gordon held Lillard to just 10 points on 2 of 9 shooting from the field and 1 of 5 from long range. Gordon was also able to pick things up offensively scoring 8 of his 13 points in the second half, going 2 of 2 from downtown.

Lillard still finished with 42 points on 11 of 24 shooting but locking him down in the second half was the key to Denver’s win.

The Nuggets had a 19-7 lead to start shooting 73 percent from the field while the Blazers shot 57 percent. A couple threes from Lillard including one from the logo cut the deficit and Denver only led 31-25 after one.

In the second quarter, veteran Paul Millsap scored 11 of his 15 points to extend Denver’s lead to 18 points. That’s when Lillard started going off from long range leading Portland on a 24-10 run. He scored 22 in the quarter but Jokić and Michael Porter Jr responded with 11 points each to keep a comfortable lead 73-61.

Third quarter Denver got the lead up to 20 points with contributions from everybody and the rest was history. Every time Portland tried to make a run, Denver responded. The Nuggets forced 15 turnovers in the quarter leading to 14 fast break points. They had a 101-87 lead.

Fourth quarter, the Nuggets ran away with it outscoring the Blazers 27-22. They held Portland to 8 of 18 shooting from the field and 1 of 9 from the three in the quarter.

The Nuggets knew how important it was to win game 2 and tie the series before heading to Portland to play the next two games. Game 3 is Thursday night at 8:30pm MST.