In a newfangled part of old Denver, the Nuggets unveiled an overhaul of the team’s logos and uniforms that put a modern spin on old classics throughout the team’s half-century of history.

At the upscale alley known as the Dairy Block in downtown Denver, team representatives unveiled the Nuggets’ new look on Wednesday, evoking the colors of Colorado’s state flag while drawing its bloodlines from uniforms worn in the 70’s, 80’s and 90’s. 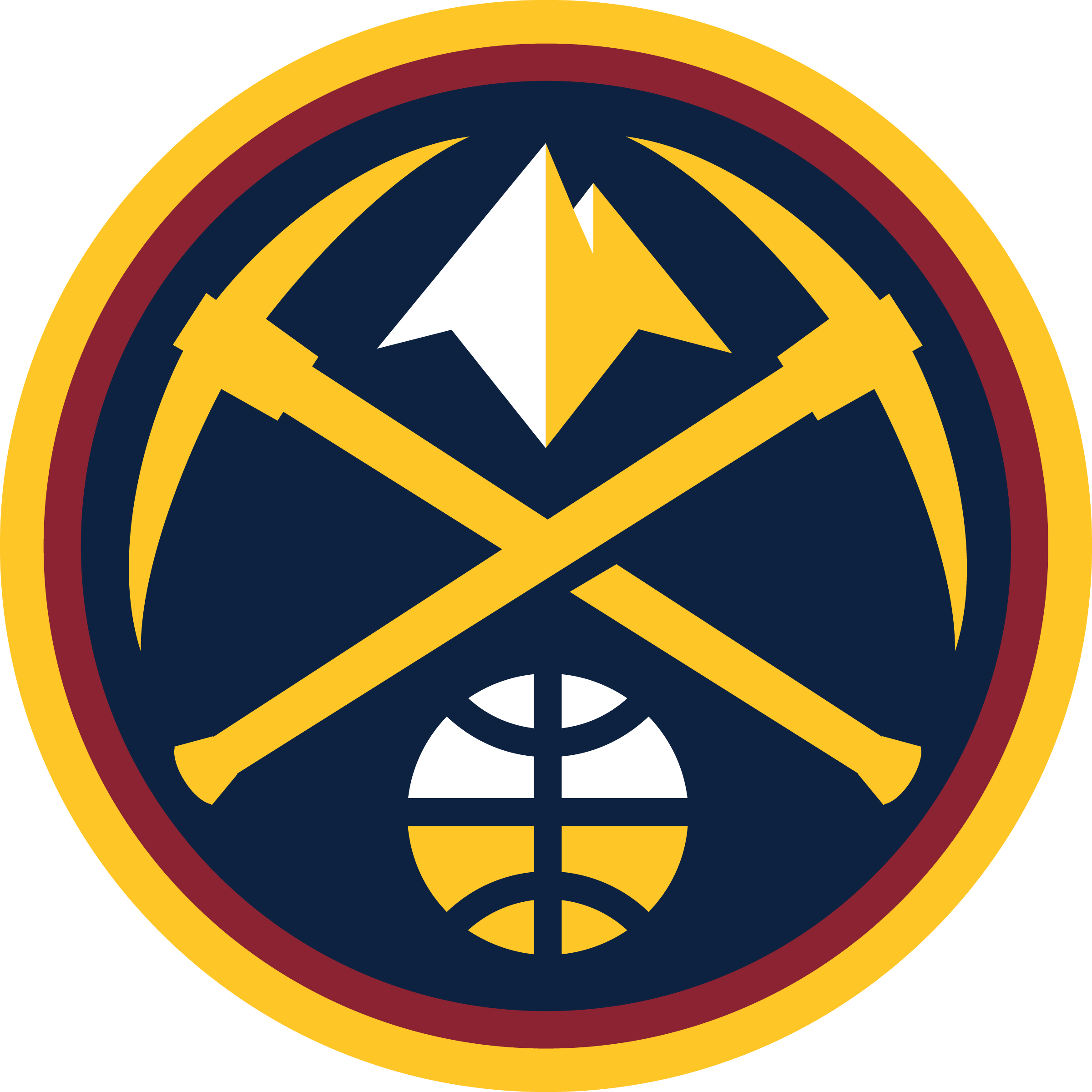 “Our franchise has a rich history, containing numerous logo and color designs throughout our incredible 50-year story in Denver, “said Josh Kroenke, Vice Chairman of Kroenke Sports & Entertainment. “The Denver Nuggets have always welcomed change and are continually looking for ways to innovate as shown by our evolution from the ABA’s Denver Rockets, to Maxie the Miner, the iconic Rainbow Skyline, and on to the Mountain Peak and Pickaxe. Each era of Nuggets basketball has its own distinct look and feel, and our amazing fans should know that this latest progression aims to celebrate our unique history while turning the page to represent the current and future era of our team.” 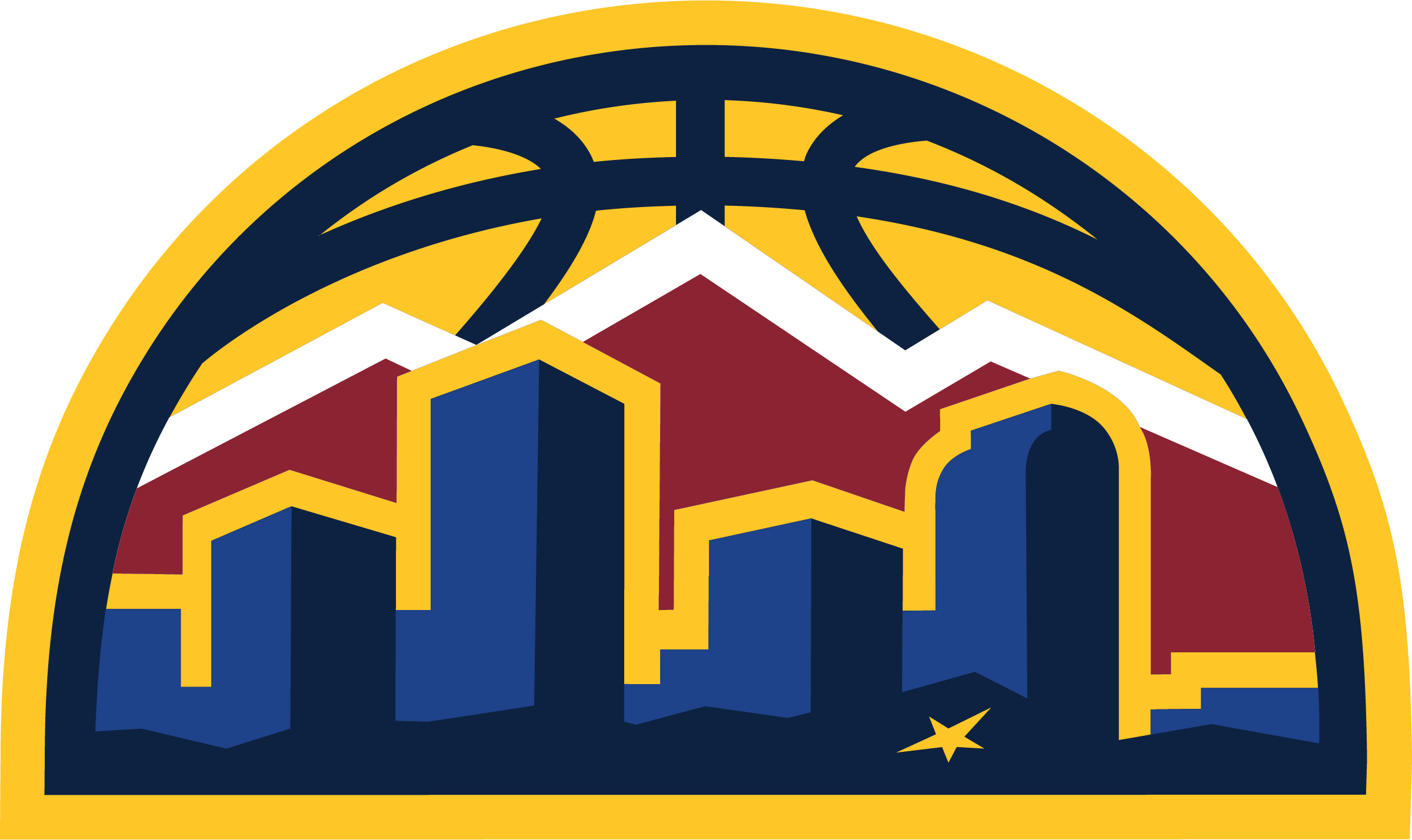 The Nuggets themselves are on the cusp of a pivotal offseason. Forwards Wilson Chandler and Darrell Arthur have player options that they may choose to exercise, complicating the team’s salary cap status. Forward Kenneth Faried will make $13.7 million in the final year of his contract, but Faried remained on the bench for most of this season, and a divorce is likely best for both parties – assuming the Nuggets can find a trade partner. They hold the 14th overall selection in this month’s NBA draft… and then there’s Nikola Jokic. 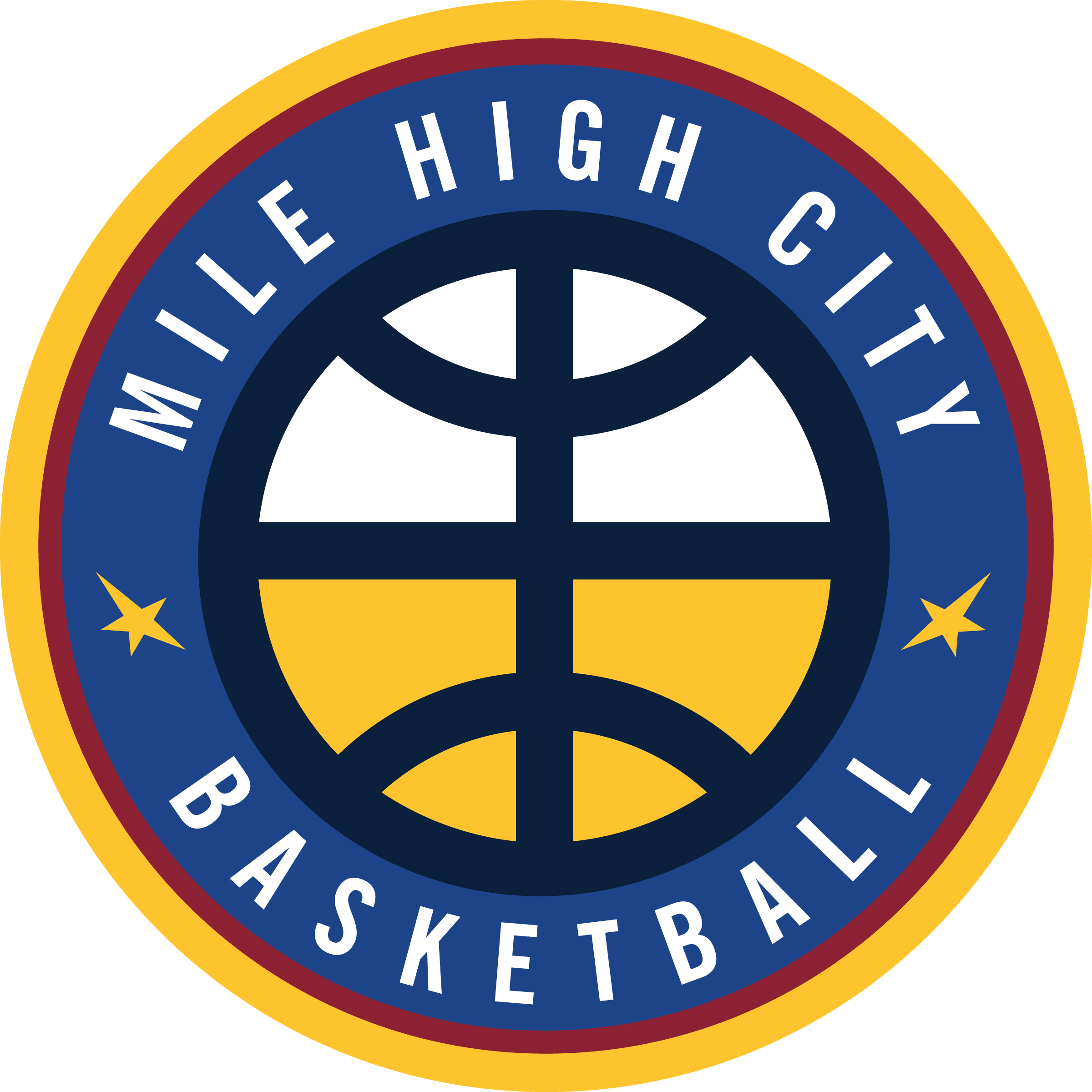 Doing so would allow the Nuggets to match any offer made to Jokic, meaning that a max offer by the Nuggets would be a no-brainer for the 23-year-old former second-round pick.

The Nuggets have narrowly missed the playoffs in each of their last two seasons, and as evidenced by the seven-game series par excellence between the Golden State Warriors and the Houston Rockets in the Western Conference Finals, the gap between Denver and the West’s top clubs is wide indeed.

Those issues will addressed in due time. But on a warm weeknight in an ever-growing and dynamic city, the Nuggets – one of only two professional sports teams in Denver that have thrived long enough to watch the city evolve into the worldwide destination it is today – embraced the promise of a brighter future, while ensuring that they still remember how it all began.