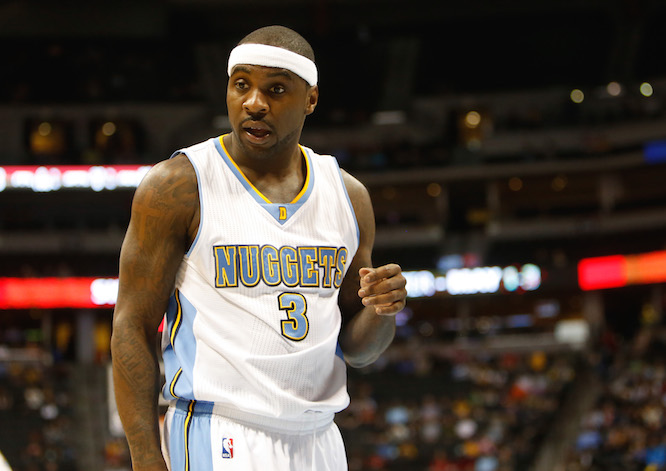 TMZ has reported that embattled Nuggets point guard Ty Lawson was arrested early Tuesday in Los Angeles and is currently in jail with bail set at $5,000.

TMZ Sports has learned Lawson was pulled over by CHP for speeding on the 101 Freeway early this morning … and officers determined he showed signs of intoxication … so they gave him a field sobriety test.

We actually spoke to Lawson as he and his GF Ashley King (former “Bad Girls Club” star) were leaving Le Jardin nightclub in Hollywood — moments before they jumped on the freeway. Interesting … we talked marijuana with him.

Lawson was also arrested in January in Denver for DUI. Lawson was scheduled to be at a basketball camp in suburban Denver bearing his name, which begins today, but his appearance was cancelled citing “travel” yesterday.

The Nuggets issued a statement Tuesday morning, regarding the incident:

“We have been notified of an incident involving Ty Lawson this morning in Los Angeles,” said Nuggets General Manager and Executive Vice President of Basketball Operations Tim Connelly. “We will not have further comment on the matter.”