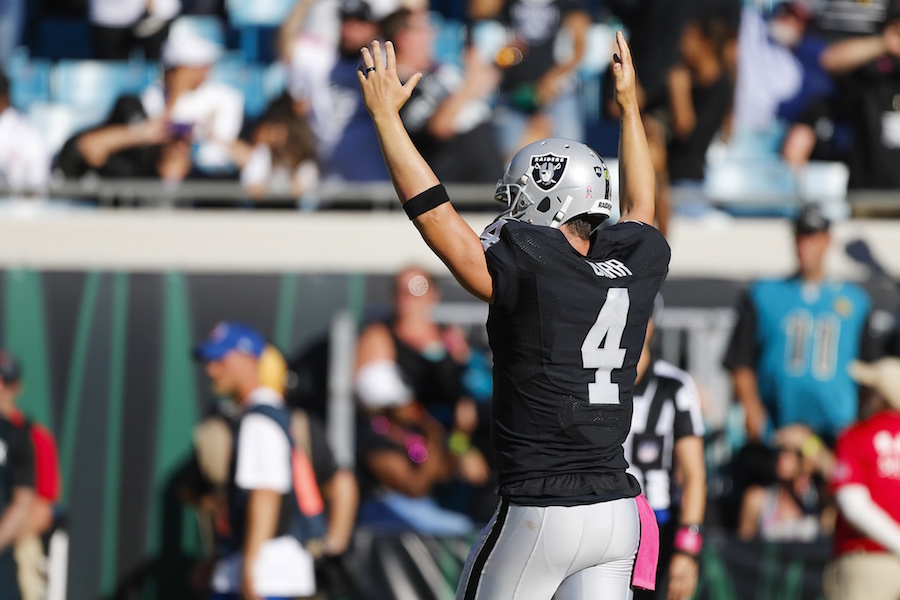 Sometimes an unexpected battle can elevate your game.

Don’t look now, but the Denver Broncos are in a dog fight for the AFC West.

For the first time in a long time, it doesn’t feel like a foregone conclusion they’ll win the division. And that’s not a bad thing.

The NFL is struggling right now in the ratings for a variety of reasons. Blame what you want – whether it be ugly off-field incidents, election coverage, RedZone or the compelling MLB playoffs – but the simple answer is the games just haven’t been very good.

That bad football has equaled a lot of parity.

The AFC South appears to be putrid.

The AFC North appears to be down.

The AFC East appears to (again) be the Patriots and everyone else.

But not the AFC West. It might be the most intriguing division in football.

This isn’t going to be a Peyton Manning led cakewalk; the Broncos can’t coast like Pittsburgh and Houston might end up doing to a division crown.

First, the schedule-makers did Denver absolutely no favors. None of their three road games within the AFC West were scheduled in a normal afternoon slot. All three made it to primetime. While that’s ultimately a compliment to the Broncos (they provide the most intrigue in the matchups), compliments don’t score division road wins.

They’ve already gagged away a Thursday night contest in San Diego, falling 21-13 to the Chargers as the offense slept walk and the defense struggled to get off the field. A short week on the road is never easy, doing it without head coach Gary Kubiak made it nearly impossible.

The next division road challenge will be the Raiders, just 11 short days from now on Sunday Night Football. Oakland hasn’t played a game on SNF on NBC since 2006. How raucous is the Black Hole going to be?

If that isn’t tough enough, the league decided to put coal in the Broncos stocking when scheduling them on Christmas night at Arrowhead. Other than a couple of big time wins there the last few years, the Broncos have generally struggled in Kansas City and struggled even more there in December.

Throw in the fact it’s a nighttime start on a major holiday and the odds don’t exactly line up in Denver’s favor.

Yet even if they lose at both Oakland and KC, if Denver wins all three games at home against the Chargers, Chiefs and Raiders they could very well take the AFC West.

That likely means going 3-1, or better, in their other four games that aren’t against the division (at NO, vs. NE, at TEN, at JAX) to finish 11-5. It’s not exactly a gauntlet, but with three-out-of-four being on the road and the only home game featuring the Patriots, it isn’t exactly a walk in the park either.

But here’s a dirty little secret: The Broncos aren’t going to lose both games at Kansas City and Oakland. In fact, I’d bet you a steak dinner they win both.

And that’s why the AFC West being so competitive right now is a good thing.

This team is built on thriving around the slightest bit of adversity. Look at what the Denver defense has done in the fourth quarter the last season and a half. When people question if they can get it done, they excel.

Let those whispers around the country pick up Oakland is a dark-horse Super Bowl contender or that this is the year the Chiefs finally break through.

Denver was 15-0 on the road in the division the last five seasons and they won in a lot of different ways. From the magic of Tebow, to the brilliance of Peyton, to defensive heroics, the Broncos have found a way – and it’s propelled them to five straight AFC West titles.

Be thankful the Broncos aren’t coasting, because every time this squad gets a little extra push, they end up victorious.

This unexpected division battle will only elevate Denver’s game.

It may even help lead to another parade.