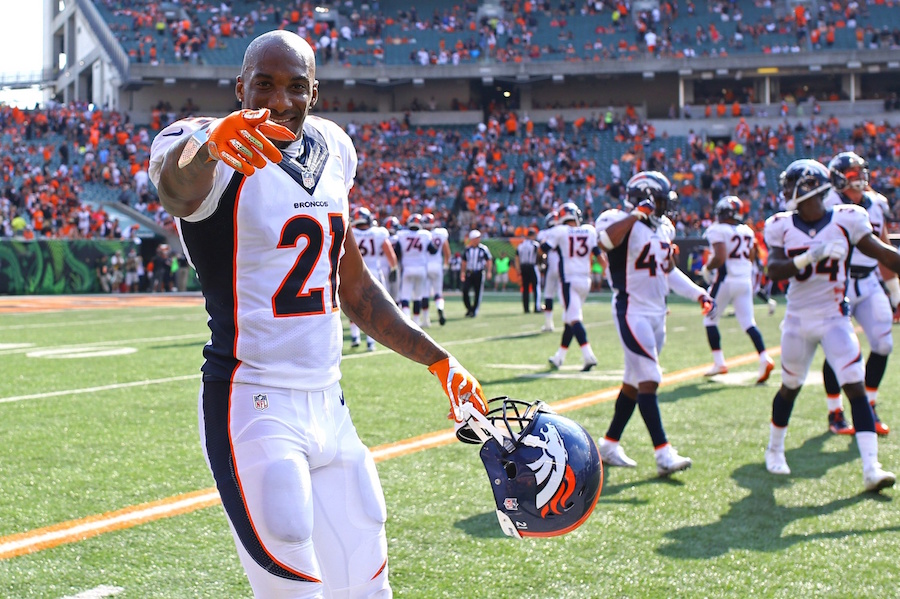 Things are getting wild in Nashville.

Driving down the field with a 10-0 lead, the Titans looked to have all the momentum in the world. Then, Harry Douglas did this to Broncos Pro Bowl cornerback Chris Harris:

Here is the cheap shot from the @Titans WR Harry Douglas on Chris Harris Jr. that had the #Broncos fuming. #DENvsTEN @TroyRenck @MaseDenver pic.twitter.com/VrW4jJWZUE

Not only was the hit uncalled for, but it was clearly meant to do harm, and Denver wasn’t having any of it.

That's terrible. What a cheap shot.

That was the dirtiest play I've seen in awhile.

Even current and former players were taking to Twitter to call out the dirty play.

That was a dirty cheap shot to Chris Harris Jr

And knowing this Denver Broncos defense, they weren’t going to let a play like that go unanswered.

Dirty play on Harris. You can bet there's a bounty on Harry Douglas now. Someone is going to light him up.

And everyone who’s watched this defense over the last two years likely had a fairly good idea of who would be the one to seek out revenge.

Aqib Talb is mad. Yelling at some Titans. Teammates have to guide him away.

And on the very next play, Talib did just that, as he shoved Douglas out of bounds and instigated a brawl that would take several minutes to clean up.

Getting ugly here in Nashville pic.twitter.com/tLAW5J9qWl

Broncos went after Harry Douglas on the next play. Talib sticking up for his teammate. Pandemonium on the field.

This is awesome. You knew Qib wasn't done.

Talib about to get himself kicked out

Talib sought out Douglas, who deserves a nasty retort. His shot on Harris, who is thankfully back in the game, is beyond awful.

How was Aqib Talib not ejected? He didn't even get a first-strike unsportsmanlike conduct penalty, just a personal foul.

Did Talib do the right thing in drawing a 15-yard penalty to push the Titans deeper into Broncos territory?

It energized this defense, but it led to a Tennessee field goal, which expanded their lead to 13.

In the eyes of many, yes.

I love what Talib did https://t.co/4lgrTj3nHA it. And if you don't understand why it needs to be loved, you've never competed.

Gotta stick up for your boy.

I don’t care. Good for Aqib.

I don't mind what talib did. Gotta have ur boys back. Sometimes u just gotta fight.

I honestly wish that brawl was worse and longet

Be mad at Aqib Tali if you want, his teammates love him. He has their back. #Broncos #DENvsTEN

If you've ever competed on a team where you have a love and passion for your brothers. You understand what Talib did. Bigger than football.

Others, though, weren’t so supportive, wishing Talib and the Broncos had waited until later to respond.

You have 32:30 to get your revenge. Doing it on the next play is dumb and selfish. #Broncos #Talib

I'm fine with defending your teammate. I'm fine with getting revenge. I just think you should be smart and strategic about it. #Broncos

Revenge is best served on second and long from deep in Tennessee territory. #Talib

The Broncos, who trail 13-0 at the half, need a spark. We’ll see if this gives it to them.