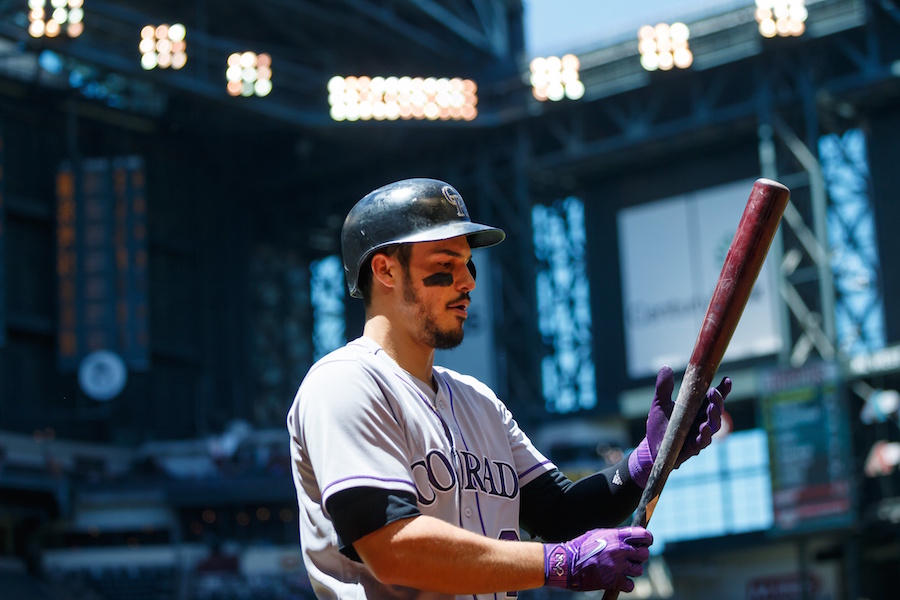 The Colorado Rockies and superstar third baseman Nolan Arenado are at a deadlock.

An offseason filled with turmoil came to an awkward end when Arenado reported to Rockies Spring Training on time, but with a clear chip on his shoulder, given his friction with the front office.

Arenado will likely open the regular season in a Rockies uniform, but as Bob Nightengale of USA TODAY writes the Rockies and Arenado are in the midst of “baseball’s ugliest divorce.”

Nightengale is the latest national reporter to add some context to Arenado’s situation, and after reading his story, any chance for a reconciliation between the two sides appears to be dead unless the Rockies go on an improbable winning streak during the season.

Arenado’s frustration is centered around wanting to contend for a championship. After winning 71 games last year, the Rockies did not make any significant moves to improve their roster, which was frustrating to Arenado. Had he known this would be the course of action, Arenado would have entered free agency and signed with the Los Angeles Dodgers or Los Angeles Angels, per Nightengale.

“I wish certain things would happen,’’ Arenado told USA TODAY. “But they see a different view I don’t see. So sometimes you butt heads in those situations.”

Now, one year removed from when he signed his lucrative, eight-year deal, it seems inevitable that Arenado will dawn a new jersey at some point in the near future.

Nightengale highlights that Arenado and General Manager Jeff Bridich have yet to meet since the 28 year old reported to Spring Training. Additionally, the Rockies have felt “offended” and “assaulted” by the way Arenado has handled his feelings about the club and would prefer he keep those feelings private as the franchise figures out a course of action.

At the same time, Arenado is upset with how the Rockies publicly discussed his situation during the offseason.

“I wasn’t mad that I wasn’t traded,’’ Arenado said. “I was just upset it was out there. I guess they felt they needed to put it out in the public to let the fans know what was going on. I just thought it should have been kept in-house. So it was just frustration, a mixture of a lot of things, that came out.’’

The Rockies tried to trade Arenado all offseason but were unable to find a suitor that met their demands, according to the report. There is an expectation Colorado will re-open trade talks as the summer trade deadline approaches.

While the situation between Arenado and the Rockies is uneasy, the franchise has yet to ask Arenado which teams he would welcome a trade to. Arenado has total control over where the Rockies can trade him given he has a full no-trade clause.

There is no end game in sight for Arenado, so for now, he is focused on the upcoming season and being a good leader in the Rockies’ clubhouse. Despite his frustrations, Arenado will not let the offseason noise carry over to the baseball diamond.

When the Rockies open the season in San Diego on March 26, Arenado will (likely) be on the field with his teammates, manning third base for the Rockies just like he has since 2014. The big mystery is whether or not he will finish the season there.