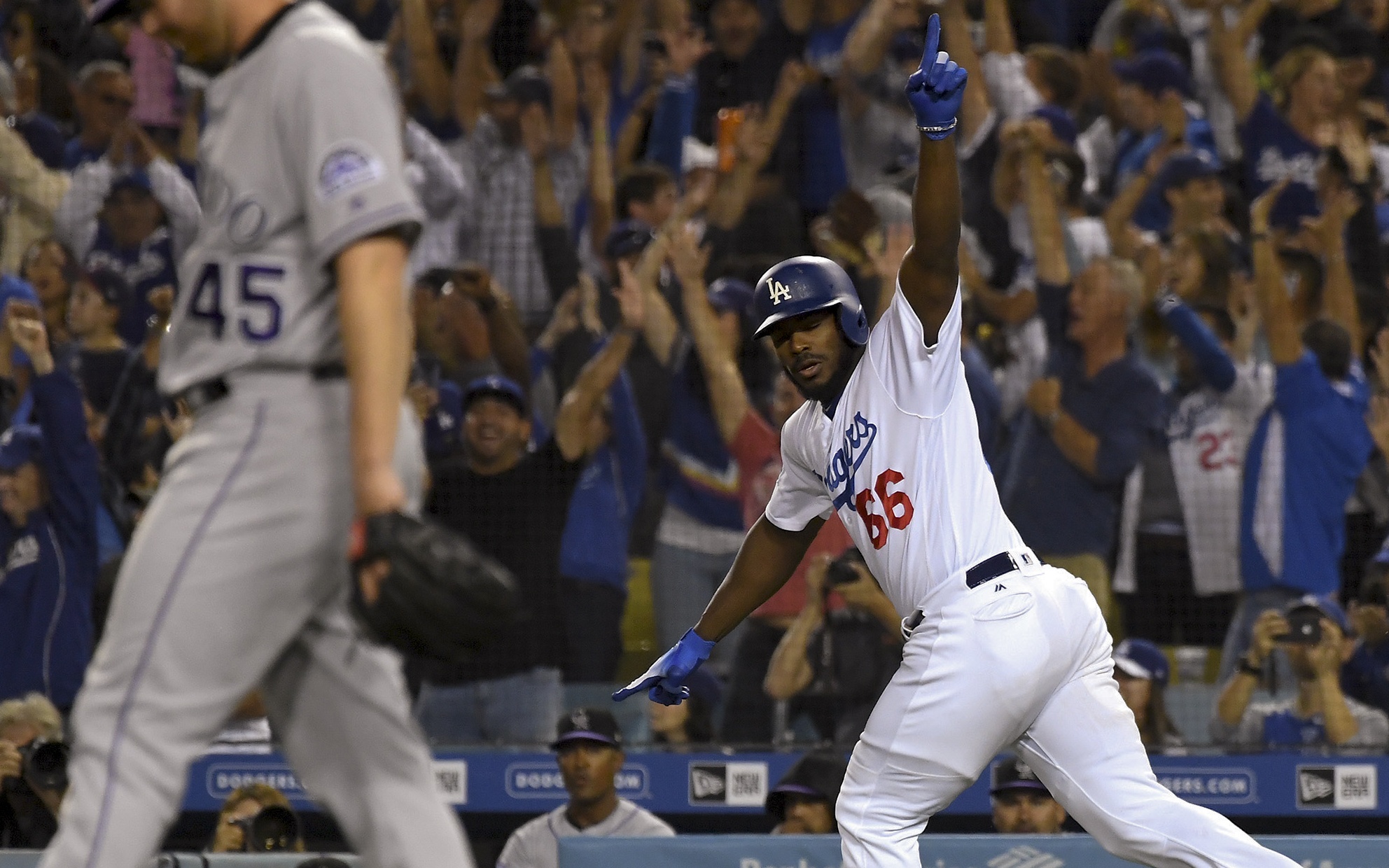 Game 163, the last chance for the Colorado Rockies to garner their first National League West title was all for naught, with the division-juggernaut Los Angeles Dodgers taking the crown.

Now, into the offseason, with the Rockies coming off of a sweep at the hands of the Milwaukee Brewers in the NL Divisional round, the battle is beginning once again. With the Arizona Diamondbacks already gearing up for a rebuild, shopping franchise cornerstone Paul Goldschmidt along with ace Zack Greinke. With the San Diego Padres still finding their way and the San Francisco Giants stuck in retrograde, two teams stand out.

The NL-pennant winning Dodgers are already rumored to have interest in nearly every free agent given their otherworldly funds to make moves. Their roster is in flux, with several moves yet to be made.

Before they begin to make moves to improve, here’s how the Rockies and Dodgers stack up atop the NL West and where the former can bypass the latter.

The Rockies took a large step forward last year on the mound. Led by youngsters Kyle Freeland and German Marquez, the rotation tossed their way to the fourth-best ERA in franchise history.

After Marquez and Freeland, things get questionable for the Rockies rotation. Whether it is the up-and-down performances of lefty Tyler Anderson or a downtrodden former ace in Jon Gray, the bottom trio of the rotation for the Rockies is unpredictable.

With a bounce-back year from Gray, the Rockies have a chance to take yet another step forward in their pitching prowess behind manager Bud Black. Known for his pitching acumen, Black figures to help Gray turn things around. The former Oklahoma Sooner is too talented to not take the reigns of the third spot in the rotation.

Then comes the Dodgers.

Led by three-time NL Cy Young Award winner Clayton Kershaw, the Dodgers rotation is loaded. Walker Buehler, Rich Hill, Hyun Jin-Ryu and Ross Stripling figure to make up the rest of the rotation, pending the acquisition of another ace as they’ve been rumored to be looking at.

The aforementioned Buehler is the wild card of the Dodgers rotation. In his first consistent type in the majors, the 23-year old pitched to a 2.62 ERA, including four postseason starts at a 3.80 mark.

Dubbed a young Justin Verlander, if Buehler can maintain his pace, the young right-hander will give the Dodgers a one-two punch that rivals any team in baseball.

With their fourth and fifth starters in Ryu and Stripling both pitching to 1.97 and 3.02 ERA respectively, the Dodgers have more certainty all around.

With the rumored acquisition of Corey Kluber, the Dodgers would pose a trio atop their rotation (Kershaw, Kluber and Buehler) that has accumulated five combined CY Youngs, one NL MVP and 10 All-Star appearances.

Solution: There is no readily available solution that the Rockies can take to bypass the Dodger starting rotation at the moment.

Noah Syndergaard, Dallas Kuechel and Zack Greinke could all be had this offseason, but outside of acquiring all three, the Rockies cannot catch the Dodgers. Instead, the team should focus on the continued development of Freeland and Marquez, along with the rehabilitation of Gray from one of his worst seasons.

Bringing in a free agent like Kuechel would make sense given his high-groundball tendencies and postseason experience that the Rockies’ young arms lack.

The batting orders of the two NL West titans is where things get more interesting.

Led by the breakout of Max Muncy and comeback seasons of Yasiel Puig and Matt Kemp, the Dodgers posed a threat throughout their lineup last year. With the addition of Manny Machado and Brian Dozier at the deadline now being mute, however, the lineup is set to take a hit.

The Machado acquisition figures to be offset to a degree by the renewal of shortstop Corey Seager who is coming off of Tommy John Surgery.

As well as losing Machado and Dozier, the Dodgers figure to lose production from players that are returning as well.

Already 28 years old, Muncy figures to regress. As a hitter that struggled to reach the Mendoza line for his career in the majors, last year’s .263/.391/.582 slash line across 481 plate appearances is anomalous. Yes, the former Oakland Athletic changed his swing, but a 29.4-percent home run to fly ball rate is unsustainable.

The only hitters with a higher rate in the majors: NL-MVP Christian Yelich and J.D. Martinez. Muncy is the name that doesn’t belong in that trio.

Kemp, who fell apart in the second half of last year figures to see similar regression.

The opposite is true for the Rockies, mainly in leadoff hitter Charlie Blackmon.

After finishing fifth in 2017 NL MVP voting, Blackmon regressed greatly last year. The problem was not in the strikeout or walk tendencies as both stayed similar, rather, a back injury and various other ailments played a role.

A healthy offseason figures to allow Blackmon to get back to his hard-hitting ways atop the Rockies’ lineup. regardless, the Dodgers still hold the current edge.

Solution: The Rockies have several avenues they could take this offseason as far as hitting goes.

The Diamondbacks and Chicago White Sox are both exploring moves for their star first basemen in Goldschmidt and Jose Abreu. Both could be had by the Rockies as rentals for the upcoming year, likely without the inclusion of top youngsters Brendan Rodgers or Riley Pint.

Free agents like Daniel Murphy and A.J. Pollock are also likely on the Rockies’ radar as holes in their outfield and first base slots loom large.

A lineup constructed of Pollock at the top, with Blackmon sliding to the second spot, followed by Nolan Arenado and one of the three aforementioned first base targets in the cleanup spot would be a large upgrade.

Finding a solution to their catching woes in one of the various catchers on the market, and a full season from David Dahl will also pay dividends.

The road to beating the Dodgers won’t start on the mound, but overcoming their conference foes in their lineup and developing starters to hold steady against their stable of arms is.

An NL-West crown is very possible next year.