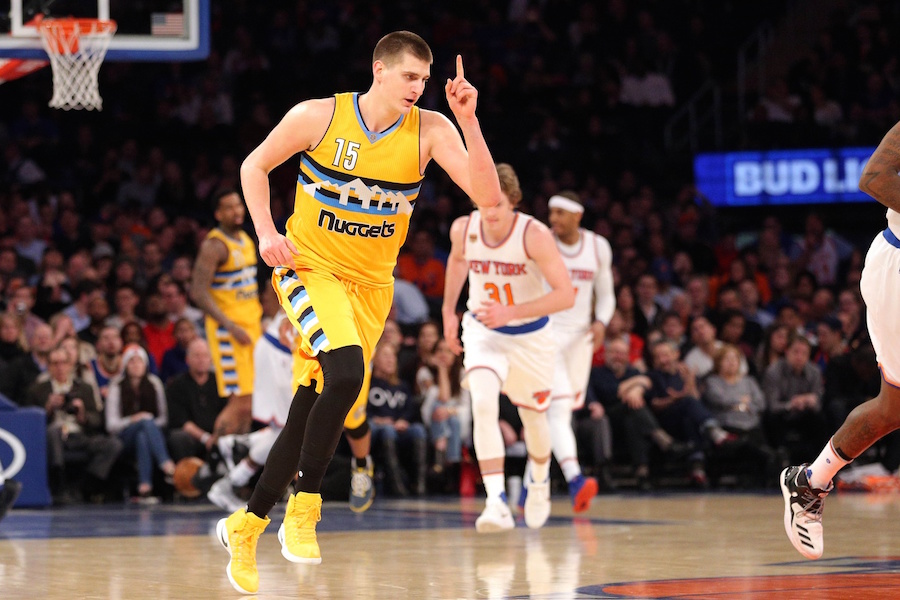 The Denver Nuggets didn’t have the flashy offseason. They didn’t dominate headlines with a massive multi-team trade. They didn’t unload all their assets, but they didn’t stand pat either. They stuck to the plan. They had a smart offseason plan and it’s priming them for success.

As chaotic movement dominated the newspaper clippings and burner Twitter accounts ripped through social media, it was the smart moves by the Nuggets that garnered high praise for the new-look Nuggets ahead of Wednesday night’s season opener against the Utah Jazz.

NBA Hall of Famer Reggie Miller joined the Dan Patrick Show on Tuesday and when asked who his “sneaky team” in the western conference was, Miller looked toward the Mile High City.

“I really like the Denver Nuggets out west” Miller stated.

Patrick followed up and asked Miller if the Nuggets are trying to be a miniature version of the defending NBA champion, Golden State Warriors.

“They don’t have the shooting. Denver does,” responded Miller, “between Nikola Jokic and Paul Millsap, [have] two very skilled big men, and if their guards can get on the right page, Murray and Gary Harris, who just signed a big deal, they’re a sneaky team out west.”

Miller spoke about that pairing of Millsap next to Jokic and that’s where the Nuggets cornerstone move of the offseason came: A three-year, $90 million dollar deal that the brought defensive fiend, Millsap, to Denver, filling a defensive hole the size of Civic Center Park and bringing a perfect compliment to their franchise player, Jokic.

It was the Nuggets biggest weakness, and they checked that box.

Speaking of cornerstones, the star in the making is Jokic. To remove the “in the making” from that tag, strength and conditioning needed to improve for the lumbering 6-foot-10 magician they call “Joker” in the Pepsi Center locker room.

Fitness was the top priority as the calendar turned towards June. Instagram was abuzz with Jokic spotted on video flipping tires and running hills with his underwear-clad friends in Serbia, led by former longtime director of performance (now team consultant) Steve Hess.

Fitness and conditioning was the biggest spot to improve for Jokic, and they checked that box.

Building on the talent already on the roster and ensuring that the core of young players they were building, stayed together, became the next high-priority. A core the Nuggets believed in so much that they wouldn’t break it up for the services of any big-name All-Star that was dangled out like fish bait this offseason. Insert the news last week of Harris signing his four-year, $84 million dollar deal and consider that a priority, fulfilled.

Keeping the young core together was the final piece in the offseason of smart decisions for Denver and that box was checked too.

The Nuggets are a more improved team in many ways. A strong western conference will keep them at bay from making any drastic leaps in the standings and seeds, but a full expectation of five to seven win improvement from last year isn’t far-fetched at all.

Nobody has a crystal ball to know if this plan puts the Nuggets near the promised land, ending with their ultimate goal in a NBA championship. But in a very unpredictable NBA landscape, filled with teams peaking, and then falling off the shelf like an old toy from “Toy Story” in what seems like a yearly basis, building a consistent winner and priming the team for long-term future success, is a solid and strong plan to follow when you have the talent that can drive you down that path.

The Nuggets have the talent and could be on the brink of a new era of success at Pepsi Center. Led by a unique one-of-a-kind type talent in Jokic, with what the Nuggets hope is a great supporting cast around him, pushing them forward. The boxes have been checked, now, it’s time to play and prove it.