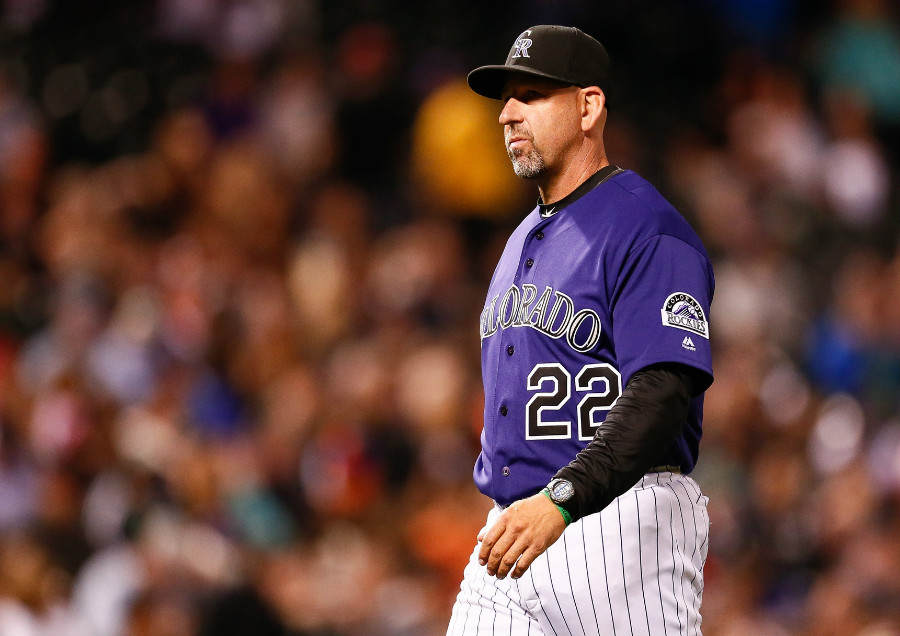 The Colorado Rockies knocked off the San Francisco Giants Wednesday night in the second game of a the three-game series, and in that victory, they displayed the blueprint to winning in Colorado:

Obviously, the objective in the game of baseball is to score more runs then your opponent. And while the Rockies pitching staff tends to put them at a disadvantage, their offense has the ability to make up for their shortcomings.

The truth is that any pitching staff, even the Rockies’, is good enough to win 100 games. As long as you can score more runs than you give up, you’re a winner — it’s an obvious statement, but that’s the way the Rockies need to be thinking.

Get at least four innings out of the starting pitcher

While those numbers aren’t exactly good, the Rockies have seen a whole lot worse.

For most teams, asking for four innings from your rotations may not be asking that much. In fact, it’s probably expected. But the Rockies need to start with baby steps: Get through a few innings, don’t drain your bullpen and give the offense a fighting chance.

Limit runs in the early innings

The Rockies gave up 308 runs in the first three innings, more than any other three-inning stretch, last season. Obviously, a big part of that stems from the simple failures of the pitching staff, so this one comes down to improvement.

Colorado has the offense to make up for mistakes, but at some point, an early deficit can become insurmountable. The longer the pitching staff can keep the Rockies in the game, the larger the impact the offense can have on the game.

Guys like Chris Rusin, Boone Logan and Jason Gurka need to be the answers for the Rockies going forward. Each of these guys can provide two to three innings of work on a regular basis, and, more importantly, they have to.

If the starting pitchers can limit the damage, these guys will be tasked with keeping the tourniquet on until Jake McGee can come in and finish the job.

Everyone wants to talk about the starting rotation, but it was in innings four through seven where the Rockies gave up just as many games in 2015. The bullpen is going to be all-important for this club going forward; they’re going to need to go two to three solid innings on a consistent basis if this club wants any chance of winning.

Let the closer finish the job

The Rockies best innings are their last three. They’re capable of closing games; the problem is they often don’t get the opportunity.

With a 2.79 ERA, Jake McGee is a reliable and veteran arm that can get the job done on a nightly basis. Already, he may be the most consistent arm in the Rockies clubhouse, and that’ll be important if the first four steps go according to plan.

The hitting is there, and the pitching has the potential to be good enough to win games. But the Rockies are walking a fine line. One bad outing from the pitching staff, one off night for the offense, and the game’s over — just like that.

If the Rockies are going to surprise the league this season — and yes, it is possible — they’ll have to be perfect.