There are a lot of reasons why the Colorado Rockies likely won’t find themselves competing against the Los Angeles Dodgers and San Diego Padres in 2021, but the arguably the biggest is the team’s lack of production in roster spots 5-26.

Colorado, since 2015, has enjoyed the benefit of a core group of players that has been among baseball’s best. But a mix of young, homegrown players who didn’t develop as anticipated combined with a group of free-agent signees that can only be described as disastrous prevented the Rockies, who made quick exits from the 2017 and 2018 postseasons, from fully reaching their potential.

But is the Rockies’ lack of production behind its stars really as bad as it looks? To answer this question, it takes looking at a mix of traditional and modern statistics, as well as an understanding of how Colorado’s unique circumstances—namely, playing half of its games at Coors Field and having to adjust to baseball away from it—affect how those statistics should be evaluated.

First, let’s examine how, from 2015—when Jeff Bridich took over as the team’s general manager—through 2019, the Rockies had by far the worst offensive production (in terms of Fangraphs’ WAR) outside of their top four hitters out of any team in baseball. For comparison, the Los Angeles Dodgers’ supporting cast (that’s what we’ll call this category of players) led baseball during that time by amassing close to 15 wins above replacement; the Rockies’ supporting cast was about a full win below replacement level. Some of this can be explained by the way Fangraphs’ WAR incorporates park-adjusted offensive statistics. Weighted runs above average (wRAA) is the main batting value component in fWAR, and the park-adjusted version of it for Rockies players includes a penalty because, over the course of a five-year span, runs are scored in Denver at a 15 percent higher clip than at the league average ballpark. It’s worth noting that research has shown that this penalty is applied to all of the Rockies’ plate appearances, not just those that take place at Coors Field.

So, let’s throw all that out; even though it’s not necessarily wise to do so (Coors Field IS a crazy offensive environment and DOES yield runs at a well-above-average pace), we’re going to look at the version of wRAA that isn’t park adjusted, and we’re going to do it to diagnose the 2019 and 2020 Rockies—you know, the ones who were wildly disappointing coming off of consecutive postseason appearances.

The Rockies, for better or worse, ARE Nolan Arenado, Charlie Blackmon, and Trevor Story offensively. Those three players combined to produce 125.3 weighted runs above average (wRAA) over the last two seasons. That’s a good mark; in fact, it was better than 22 full teams (including the Rockies themselves; we’ll get to that in a moment). However, here’s the flip side: position players 4-25 were 65.3 runs BELOW average. As a result, the 2019 and 2020 Rockies as a whole ranked just sixth in the NL in wRAA despite playing half of their games in what is still by far the best environment for hitters.

Unfortunately for the Rockies, they play in a division with the Dodgers, whose supporting cast produced a whopping 82.3 runs above average over the last two seasons. In fact, among NL West teams, only the San Francisco Giants have had a less productive supporting cast in terms of wRAA—which, again, is not park adjusted—than the Rockies during that span.

Of the 15 teams in the National League, only two—the Dodgers and the Atlanta Braves—have supporting casts that produced at a positive rate over the last two seasons. So, the Rockies certainly aren’t alone as far as getting negative production from players who aren’t stars. However, for a supporting cast that plays half of its games at Coors Field to rank 10th in the NL in wRAA certainly tells us something, especially when the top three players have been as good as Colorado’s star trio.

The level of park adjustment that should be put on these numbers is all that separates the Rockies from having a bad supporting cast and a near-league-worst group of complementary players. That’s right; regardless of how much credence you want to apply to park factors and other modern contextual statistics, it’s clear—especially when looking at graphics like this one—that Colorado has squandered one of the best offensive cores in the game, and that’s why the team is back among the dregs of the NL West instead of being a perennial contender. 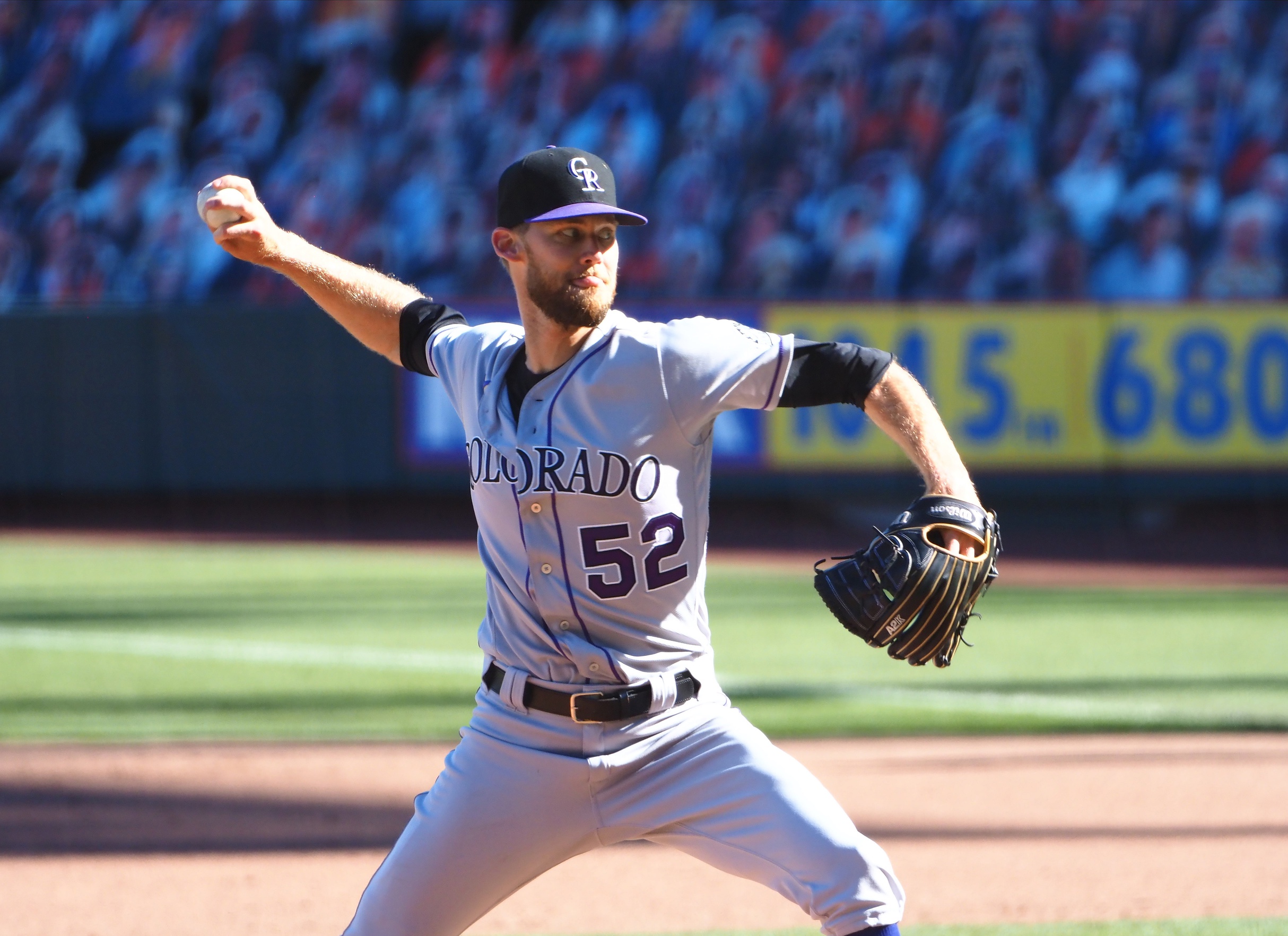 Rockies’ Daniel Bard is proof of a better bullpen strategy