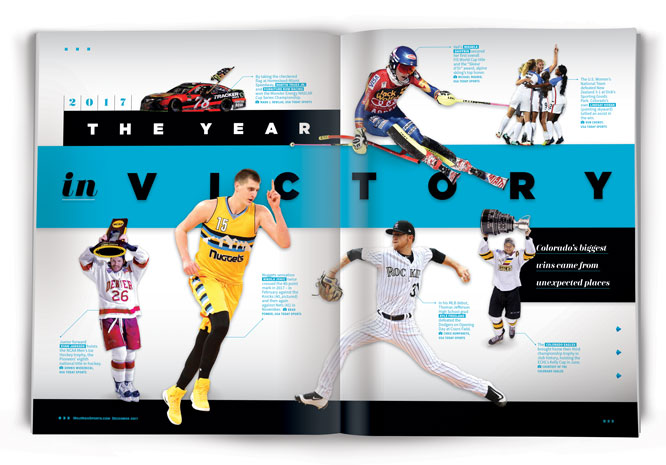 The Denver Pioneers delivered their eighth national championship. Rocktober returned. Mikaela Shiffrin set a new standards on the slopes. The Eagles were crowned champs once again. Martin Truex Jr. drove his team to a title.

Athletes and teams across Colorado gave fans plenty to cheer about in 2017. These photos capture many of the great triumphs this year brought us.