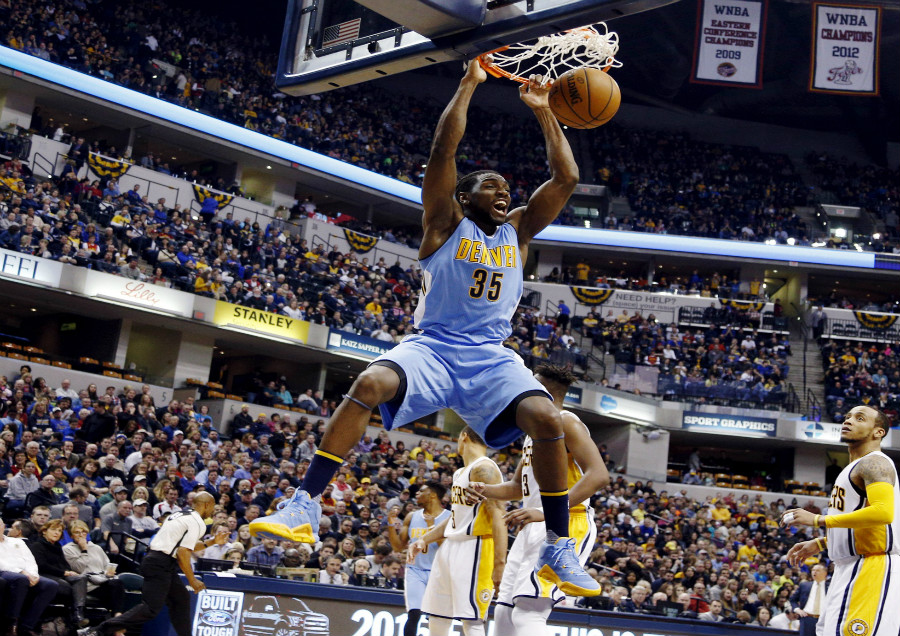 Sports Illustrated has released the first half of its Top 100 Players for 2017 list, which includes two Denver Nuggets, Kenneth Faried (87) and Nikola Jokic (78).

Here’s what Rob Mahoney had to say about Faried:

Faried is a bundle of kinetic energy that’s both a chore for opponents to contain and a challenge for his own team to fully harness. His rim running, cutting, and board crashing can define a game. Too often, though, Faried is resigned to the fits and starts that come with being a smallish big of limited ball skills and range. Those working around Faried are restrained by all he cannot do—especially on defense—to the point that his bursts of activity wash against the whole of his minutes on the floor. It’s theoretically possible to find a big who could play the perfect counterpart to Faried: a floor-stretching, shot-blocking, playmaking, full-time center. That counterpart player is also a freaking superstar. For all the value to be gained through Faried’s outstanding transition play and bulk rebounding, it speaks volumes that the conditions for his suitable fit are nothing short of a particular subset of the best players in the league. Faried is fine and flawed in any other case. (Last year: No. 86)

And here’s what Mahoney had to say about Jokic:

The breakout surprise of last year’s rookie class is a Gasolian assist factory. Already an offense can go a long way by putting the ball in Jokic’s hands and swirling around him; the 21-year-old keeps one eye trained to the backdoor at all times, even as he gauges the timing and progression of a play’s primary option. If nothing materializes, Jokic can face up into an open jumper or back his man down for a soft hook shot. Any big with this robust a skill set opens up new angles and strategies for his team to explore. So much is on the table for Jokic—post, roll, facilitate, spot up, dive in for rebounds—that most any form of usage makes sense. Beginning a career with that full scope of possibility makes Jokic one of the more variable players on this list. Some of what holds him back in ranking relative to his peers is the fact that opposing defenses have yet to hone in specifically on his game. Jokic earned his place in the scouting report and now he’ll be forced to reckon with it, as all young players do, before settling his place in the league hierarchy. This ranking reflects our optimism for how he’ll deal with more advanced scrutiny. (Last year: Not ranked)

Sports Illustrated will soon be releasing the second half of the list (Top 50), and Danilo Gallinari is the Nugget most likely to make the cut. Averaging 19.5 points, 5.3 rebounds and 2.5 assists per game, Gallo was the best player on the Nuggets in 2015 and yet he doesn’t appear anywhere on this list. In fact, he didn’t make the 25-player “notable omissions” list.