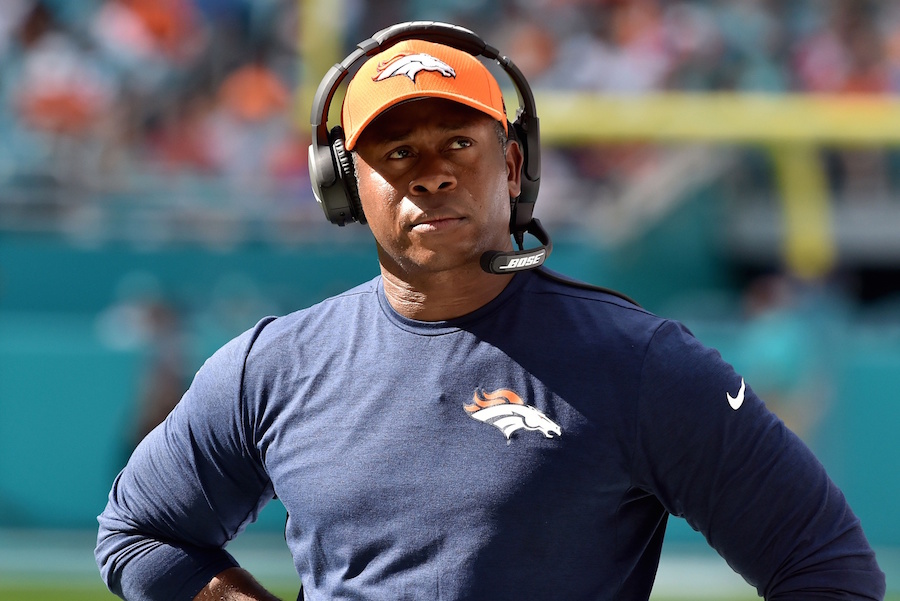 Vance Joseph will get a sideline view of not only one, but two young arms this weekend as the Denver Broncos get set to face the Kansas City Chiefs at Sports Authority Field at Mile High.

Paxton Lynch is expected to start for the Broncos, while Patrick Mahomes II, this year’s top draft pick for the Chiefs, gets the start for Andy Reid at quarterback.

Joseph — who played quarterback for the University of Colorado — explained the challenges that the two young players will face while taking center stage. Mahomes will make his first career start for the Chiefs, while Lynch will make his fourth for the Broncos.

“Playing quarterback, it’s a tough position. Some of it is just natural,” Joseph said. “You watch guys play quarterback, and they can move and escape the pocket, and it’s just natural ability… The kid we’re playing this weekend — he’s a natural player at quarterback.”

Joseph also spoke about how the inability to move on from mistakes can be killers for young quarterbacks. “Some guys learn how to deal with it, some guys just have it. Some guys have it where they can move on to the next play without concern of the last play. Some guys can’t move by it,” Joseph said. “That’s part of playing the position at a high level. The guys that can move past the bad plays, they usually survive — and the guys who can’t, they don’t survive, it’s too hard mentally to.”