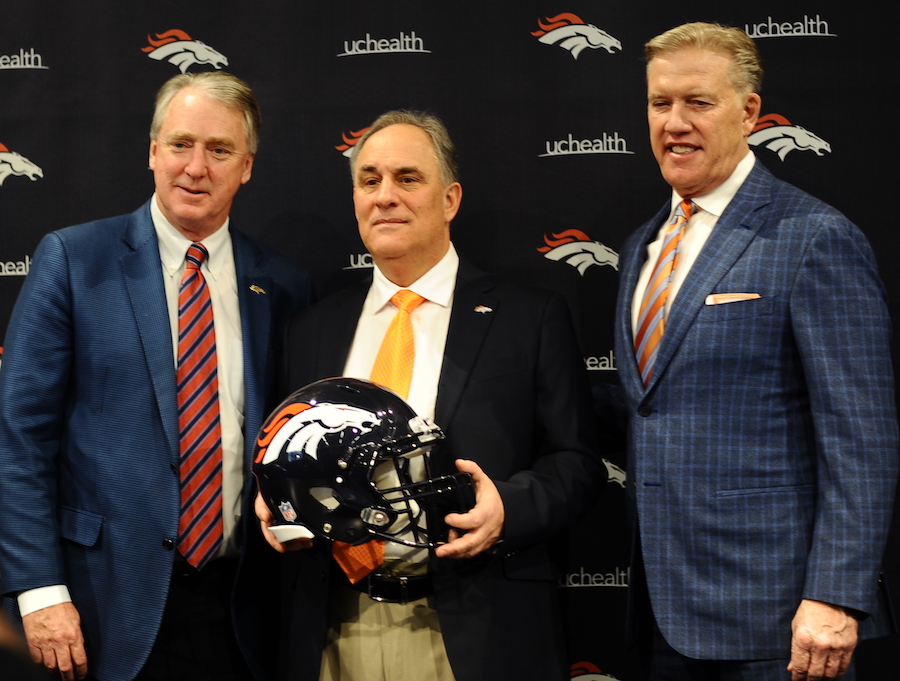 Vic Fangio doesn’t fit the offense-first trend that’s been taking over the NFL in the wake of Los Angeles Rams head coach Sean McVay’s success. Fangio, the Denver Broncos’ new head coach, is a 60-year-old defensive expert, but what sets him apart from many first-time hires like McVay — who will turn only 33 years old prior to his team’s Super Bowl LIII appearance — is that Fangio’s already spent 32 years coaching in the NFL.

Fangio joined Eric Goodman and Les Shapiro of Mile High Sports AM 1340 | FM 104.7 to discuss the Broncos’ situation, and why his experience gives him a different perspective on the franchise.

“I like coming to a place that has tradition and high expectations. And they’ve been down here the last couple years below those expectations, and I hope I can spur us back to meeting those expectations,” Fangio said. “I’ve gone to a lot of places where they’re on a down side, you know, a downturn, many of them, and it’s been fun to get them back righted.”

The Rams and 49ers cemented their head coaches in 2017 with McVay and Kyle Shanahan, respectively. Both were part of the 2010 Washington Redskins coaching staff, along with Matt LaFleur, now the Packers’ head coach. The Bengals are expected to hire current Rams quarterback coach Zac Taylor, who worked under McVay. The Cardinals hired Kliff Kingsbury, another young, offensive, first-time head coach. The offensive eruption in the league over the past few seasons has led teams to seek out innovative offensive minds like McVay for head-coaching positions.

However, it’s not as if Fangio hasn’t picked up a few things in his more than three decades of experience. He won’t be hands-off with the Broncos’ offense just because he’s been an NFL defensive coordinator for 19 seasons.

Two AFC West teams reached the playoffs this season. Chiefs quarterback Patrick Mahomes threw four or more touchdowns in seven of 16 regular season games this year and narrowly missed out on making his first Super Bowl appearance. Philip Rivers is among the top five in active quarterback rankings for completions, passing yards and touchdowns and is an eight-time Pro Bowler.

“This is the NFL, this is the best of the best. But, you know, Kansas City and San Diego right now are poised to be good teams for a while. We’re going to have to get back up there with them, but we’ll compete with them.”

Fangio is confident that he’ll be able to get the Broncos back into contention. But when asked if he’d be able to find a good Italian restaurant in Denver, he didn’t display the same confidence. “I’ve been told ‘maybe not;’ you guys know more, but we’ve got to find one. I’ve got to find good meatballs, good sauce and some rigatonis.”

Click here for the full interview or listen below.