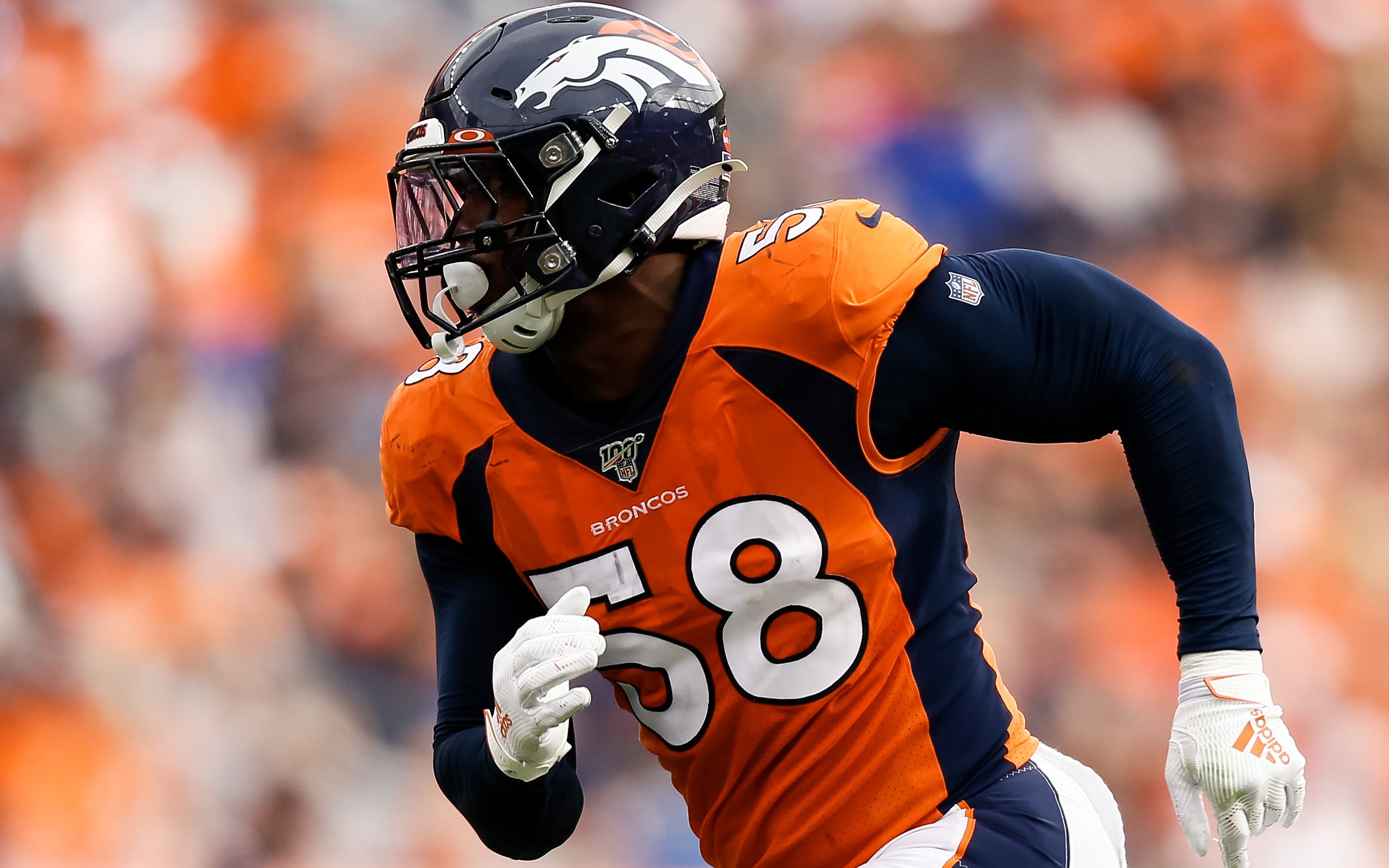 Von Miller has the Coronavirus, but don’t fret, he’s looking to sack the sickness with a quickness.

A few months into the worldwide pandemic and the sporting world has been turned on its head. First, the NBA and NHL were forced to cancel their seasons, along with college sports and the dominoes continued to fall until basically the entire nation was placed under “stay-at-home” orders.

Now, we’re starting to see NFL players contract the virus. First was Los Angeles Rams offensive lineman Brian Allen on Wednesday. Now, it’s Miller, one of the faces of the NFL as a superstar in the league for a decade.

“After experiencing flu-like symptoms, Denver Broncos linebacker Von Miller has tested positive for COVID-19,” a statement from the Broncos organization released Thursday reads. “Von has elected to share his diagnosis publicly to emphasize that anyone can be afflicted with coronavirus.

“Von is doing well and recovering at home in self-isolation. He remains under the care of team doctors, who are following all coronavirus treatment procedures to ensure a safe environment for Von and our community.

“Von is the first member of the Broncos’ organization known to have tested positive for COVID-19.”

The NFL is scheduled to go forward as planned with the NFL Draft next weekend, kicking off the virtual first round on Thursday, April 23 at 6 p.m. MT. It can be seen on NFL Network, ESPN and ABC. And then, the league will release it’s regular season schedule on May 7.

The most popular sport in America hopes to kick off the regular season in September, as per usual, but that seems to be a mere glimmer of hope compared to reality.

Miller just contracted the virus away from the game, but what happens when players give the virus to one another? Some are asymptomatic and won’t know they’re carriers unless they’re tested. With tests few and far between currently, a dramatic increase in antibody testing and testing for the virus needs to occur before a league like the NFL, with its multi-million dollar athletes, gets back on the gridiron.

As Drew Lock told the Broncos website recently, he’s preparing for a regular season as usual, which is likely what the league is telling players. And while no one knows for sure, it seems more likely the season will be postponed and/or shortened than a “business as usual” season.

Either way, sports-hungry fans are ready for some football ASAP. Let’s hope the testing side of things ramps up over the next three-four months.