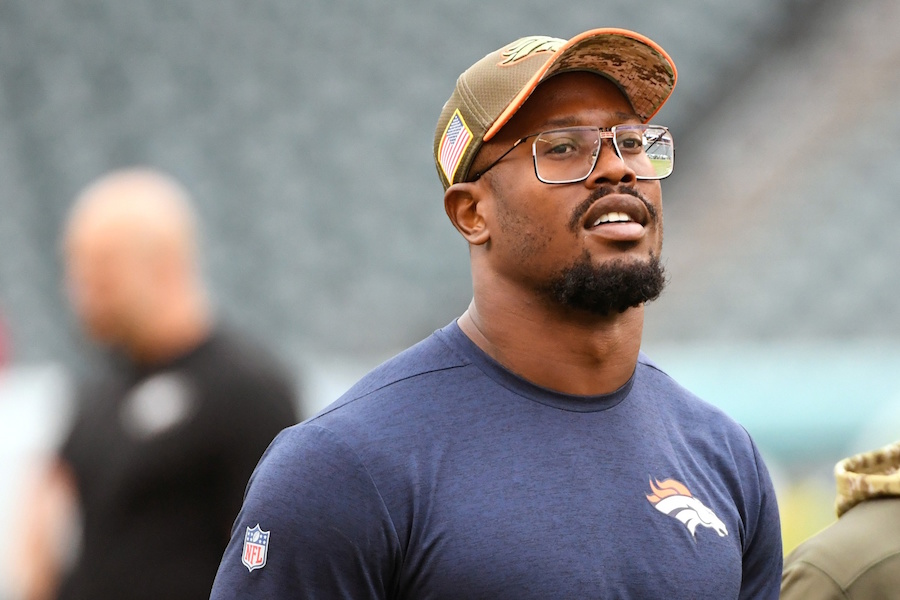 Linebacker Von Miller knows that OTA’s aren’t the seismic events that the NFL media make them out to be; the Broncos’ best player made that clear with an ice-cold splash of reality to reporters assembled at Dove Valley on Tuesday.

After announcing that his now-annual pass-rush summit would be held from June 27-29 at Big Cedar Lodge outside Branson, MO, and suggesting that Ware would be joining him, Miller crowed about the talent that his get-together will assemble.

When asked if Miller, an avid fisherman, would make a day of the lake part of the event, Miller nodded, saying, “Of course, of course.” The jovial Broncos linebacker couldn’t help but have a little fun with the media, asking, “You want an invite? Send me your email, I’ll get you an invite.”

Then he chuckled. “No, I’m just lying. I’m not going to invite you.”