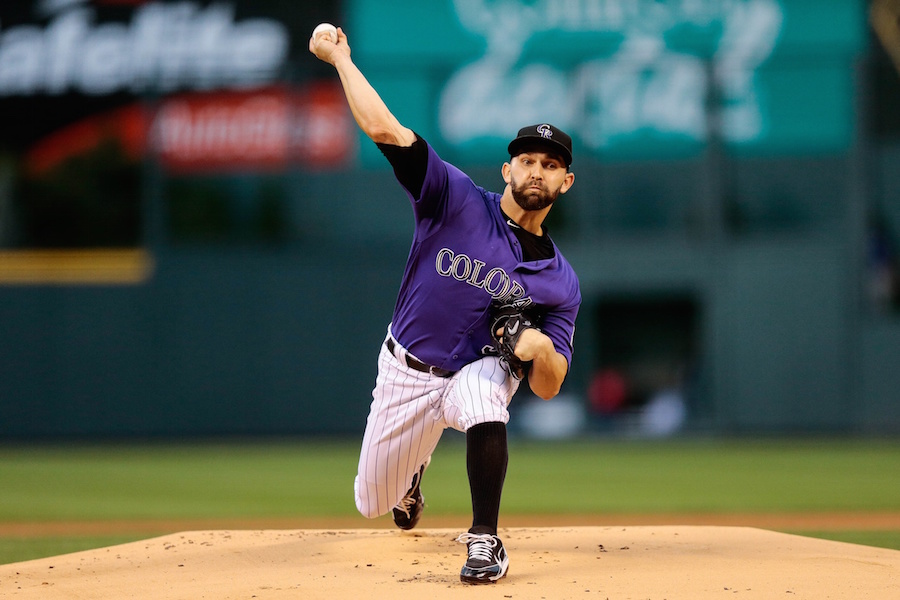 Friday was an exciting day at Coors Field for reasons other than the game. The Colorado Rockies welcomed back members of the storied ‘Rocktober’ Rockies team for a 10-year reunion. With members of the legendary team watching, the postseason-hunting Rockies took care of business Friday night, defeating the San Diego Padres by a final score of 6-1.

Friday’s contest marked the first of three games the clubs will play this weekend at Coors Field. The Rockies were level-headed Friday night, leading to a critical victory as just 14 games remain on the schedule.

Called upon as the starting pitcher for Friday’s game, Tyler Chatwood (8-12, 4.67 ERA) was sharp for a majority of his outing, logging 5.2 innings, surrendering just one run on four hits.

The Padres’ lone run stemmed from a solo shot off the bat of Wil Meyers, ultimately ending Chatty’s day on the mound, however, not before he would inflict some damage of his own at the plate.

Chatwood got the Rockies going by driving in two runs on a RBI single in the second inning to set the tone for Colorado throughout the ball game.

Outside of Chatwood, a two-RBI triple from DJ LeMahieu in the second and a moonshot home run from Nolan Arenado paired with a Trevor Story and an Ian Desmond sac fly in the eighth accounted for all of the Rockies runs.

With the win, Colorado’s magic number sits at 13. They lead the Brewers, who also won, by three games for the final Wild Card spot. The win also ensured a .500 season – Colorado’s first since 2010.

The Rockies and Padres will clash tomorrow night again at Coors Field as Tyler Anderson is set to face former Rockie Jordan Lyles. First pitch is scheduled for 6:10 pm MDT.