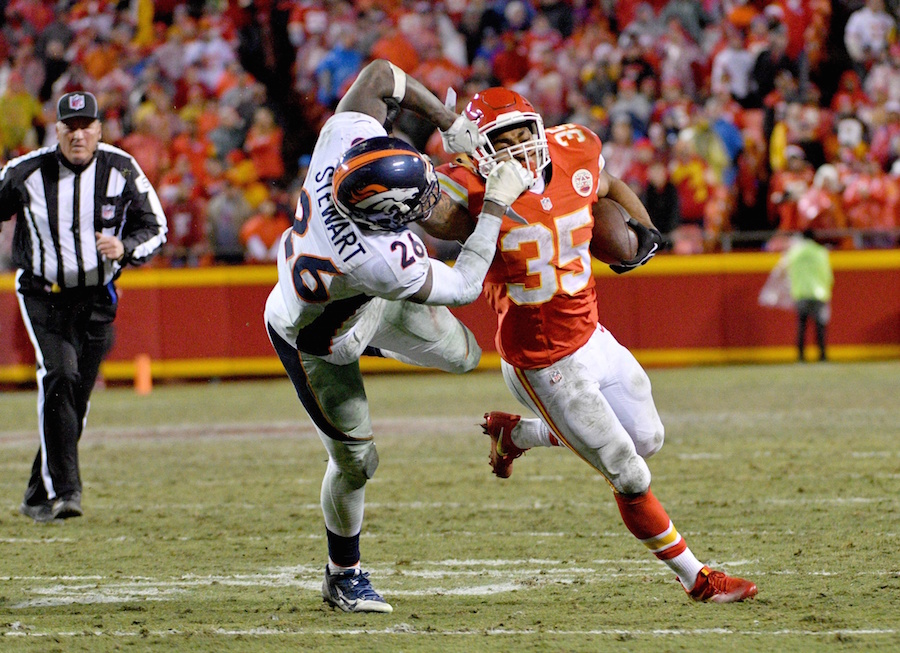 For the first time since the Josh McDaniels era, the Denver Broncos will not be playing in the postseason. A string of five consecutive division titles was snapped a few weeks ago and on Sunday in Kansas City the Broncos’ chances for a Wild Card spot were blown up, 33-10.

It was a surreal night that saw Tyreek Hill run for a 70-yard touchdown, Travis Kelce take a screen 80 yards for a score and nose tackle Dontari Poe throw a touchdown pass. As the clock wound down on the game and the possibility of defending a Super Bowl title, the Denver Broncos were forced to take stock of what it meant to be on the outside looking in for the first time in half a decade.

Here’s what the Broncos had to say postgame in Kansas City about missing the playoffs, courtesy of Chiefs PR…

“My thought is this, I told the players obviously a big disappointment, we aren’t going to play anymore football so I told them on the plane ride home get it all out of your system. Next week is geared toward next year and our football team moving forward, it will be positive, go back to work next week, work their tail and we need to finish on a positive note. We need to move on to the next year.”

“It stinks, there’s no other way to put it. It’s frustrating right now but this is part of the deal. We knew we had to win the next two to give ourselves a chance and we didn’t get it done, regroup this week and give it our best against Oakland.”

“This thing hurt bad. We got to get ready for Oakland next week and just try to get that win at least.”

“We had a great run of five AFC West titles, I guess it’s time for someone else to win … It’s frustrating, but the way we played today, we don’t deserve to be in the playoffs.”

“It’s real tough. This organization, all we know is how to get to the playoffs, how to win the division and how to try to get to the Super Bowl. Obviously, for us no longer be in the playoff picture, it’s tough for us. The feeling is tough. I don’t really know how to describe it. You can tell by everybody that this is not Bronco football. This is not what we’re used to. Now, we’ve got to keep moving forward and get ready for the next show.”

“Like Coach Kubiak said, we’ll come back in on Wednesday, grown men get up, shave and go to work no matter what happened the day before. That’s how we’re going to go about our business. That’s how I’ve always done it. I think everyone here is going to do the same thing.”