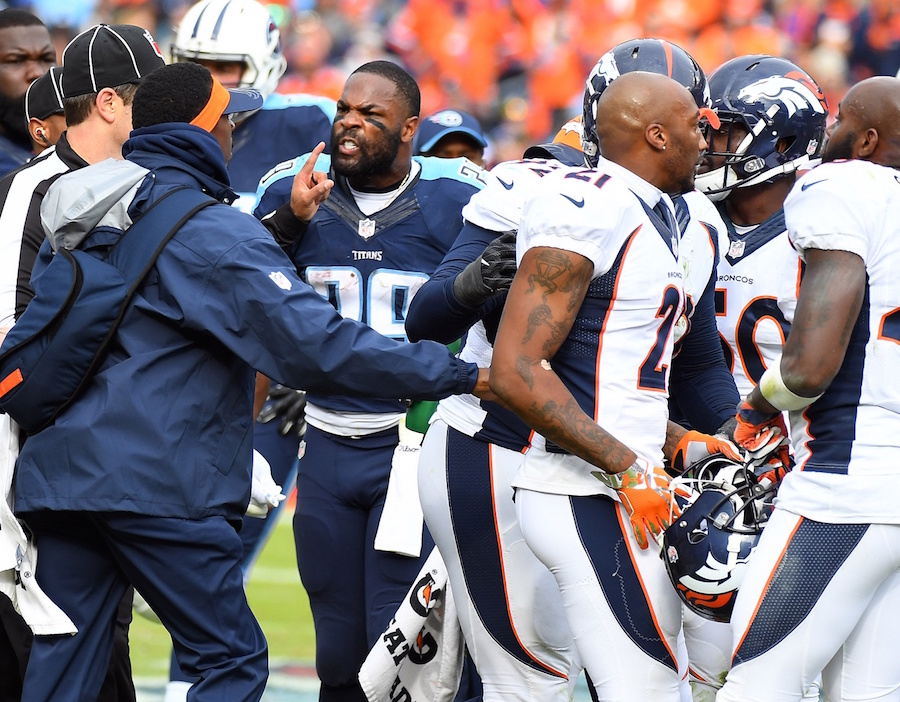 The Denver Broncos lost to the Tennessee Titans, but the storyline of the game might end up being the dirty hit Titans receiver Harry Douglas put on Chris Harris and the ensuing brawl instigated by Aqib Talib.

While Harris returned to the game just a few plays later, he said he worried that he might have suffered a career-ending knee injury in the moment and went to Twitter to call out Douglas himself.

Dude tried to end my career, plan and simple I need to see that cash fine Monday .

Thank God for covering me cuz I thought my knee was gone . ??

Talib took it a step further, saying he he was going to “beat his [Douglas’] ass” the next time he saw him in Atlanta.

This is a MUST LISTEN. Aqin Talib unplugged. "When we get to Atlanta, gonna beat his ass!" Thanks @Jtrujillo1981 pic.twitter.com/rnYqGttzJk

Douglas, though, said he wasn’t a dirty player after the game.

Safe to say, there’s now some bad blood between the Denver Broncos and Tennessee Titans.