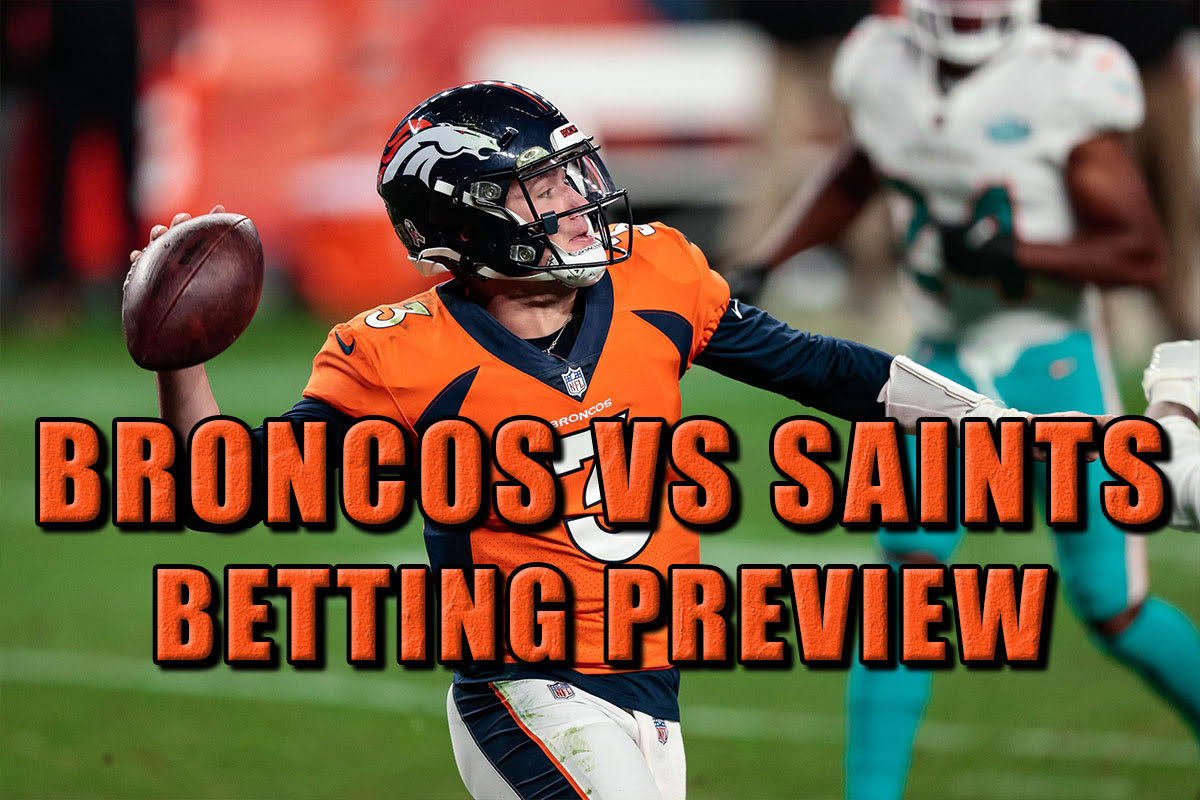 The Broncos catch a break in Week 12. The Saints will be without starting quarterback Drew Brees, but Taysom Hill looked the part in Week 11. Let’s dive into our Broncos vs. Saints betting preview with odds, picks, and predictions.

The Broncos are an underdog once again. They have not been favored in any game this year and they are +6 on the spread and +225 on the moneyline against the Saints at FOX Bet Colorado. The total is at 43 as of January 20, 2021 9:32 AM

Here are the current Broncos vs. Saints odds.

Whether you plan on backing the Broncos or the Saints in this game, there is one offer that every Colorado online sports bettor should grab. FOX Bet Colorado is offering 50-1 odds on the Broncos to score a point on Sunday.

That’s right, they don’t need to win or cover the spread. All they need to do is score once to cash in on these 50-1 odds. New users in Colorado can bet $1 to win $50 exclusively at FOX Bet this weekend.

This is going to look like a slightly different Saints offense than we are used to seeing. Changing from Brees means that head coach Sean Payton is tailoring the offense to Hill’s unique skillset.

The BYU product showed that he can throw the ball last week against the Atlanta Falcons, but he might be at his most dangerous when he’s running the football. Either way Payton plays it, the Broncos will have to deal with a bunch of different looks.

The quarterback situation is more defined in Denver after Drew Lock’s impressive performance last week. He didn’t dominate the game, but he played well enough to guide his team to victory. Lock has yet to win back-to-back games as a starter this year.

At 8-2, the Saints are the No. 1 seed in the NFC right now and they have no signs of slowing down. The Broncos are 4-6 and still clinging to playoff hopes, but a loss would put a serious dent in those plans.

The Broncos Are Better At Mile High

Even in this bizarre year where, for the most part, fans are not in the stands for games, the Broncos are a better team at home. They are only 2-3 at Mile High, but for Lock, his home-road splits are like night and day.

Thus far in 2020, Lock has a passer rating of 80.4 at home. That number isn’t anything to write home about, but it’s a vast improvement on his 52.5 rating on the road. Improving on the road is a big need for Lock as he continues to develop, but Broncos backers can feel a bit more confident in Lock this weekend.

The Broncos Pass Defense Is Improving

The Dolphins couldn’t figure out how to crack the Denver defense last week. Miami quarterbacks were held to 167 yards and a paltry 5.3 yards per pass attempt last week. Denver’s effective pass rush and emerging defensive backs are making life difficult on opposing quarterbacks.

Although Hill had one good game, the jury is still out on him as a legitimate starting quarterback. If the Broncos can make his life difficult, they could pull off the upset — or at the very least cover the spread.

Why Backing The Saints Makes Sense

The Broncos were able to beat the Dolphins last week by running the football. Melvin Gordon and Phillip Lindsay both ran for over 80 yards and Gordon added two scores. Lock has shown that he needs a strong running game to be successful, but the Saints are great at stuffing the run.

New Orleans shut down Todd Gurley and the Falcons, holding them to just 52 yards on 14 rushes. Shutting down the ground game early and forcing Drew Lock to throw the ball on third-and-longs is the key to a big Saints win.

Saints Need A Win To Keep The Bye

Bettors are always afraid of “trap games” on the schedule, but they shouldn’t fear a letdown from the Saints here. New Orleans holds a slim lead for the No. 1 seed and a first-round bye in the NFC. They need to continue their winning ways to ensure that they hold onto that bye.

Even though they are going on the road to Denver for this one, the Saints have plenty to play for on Sunday.

The Saints score the ball at an impressive rate, hitting on the over in seven of their 10 games this season. However, they have gone under in their last three games. Add that recent trend in with the fact that they are likely to run the ball more with Hill under center and the under might be the play.

However, the big caveat here is that a total set to 43 points is incredibly low for a game in today’s NFL. This is going to be a tough week for bettors who love over-unders.

The Saints are accounting for 77% of all bet tickets on William Hill Sportsbook, but they are only bringing in 54% of all cash. That would seem to indicate that sharp bettors are backing the Broncos on Sunday.

How To Watch Broncos vs. Saints

There is something about betting home underdogs that just feels right. The Saints are favored by almost a touchdown on the road, but we don’t expect Taysom Hill to have as good of a game as he did last week.

The Broncos defense is starting to come into its own. That, combined with the two-headed rushing tandem of Gordon and Lindsay should be enough to keep the Broncos in this game late.

Denver might not pull off the upset, but they will hang around long enough to cover this six-point spread.

Go with the home underdog and take the Broncos to cover the points on Sunday. 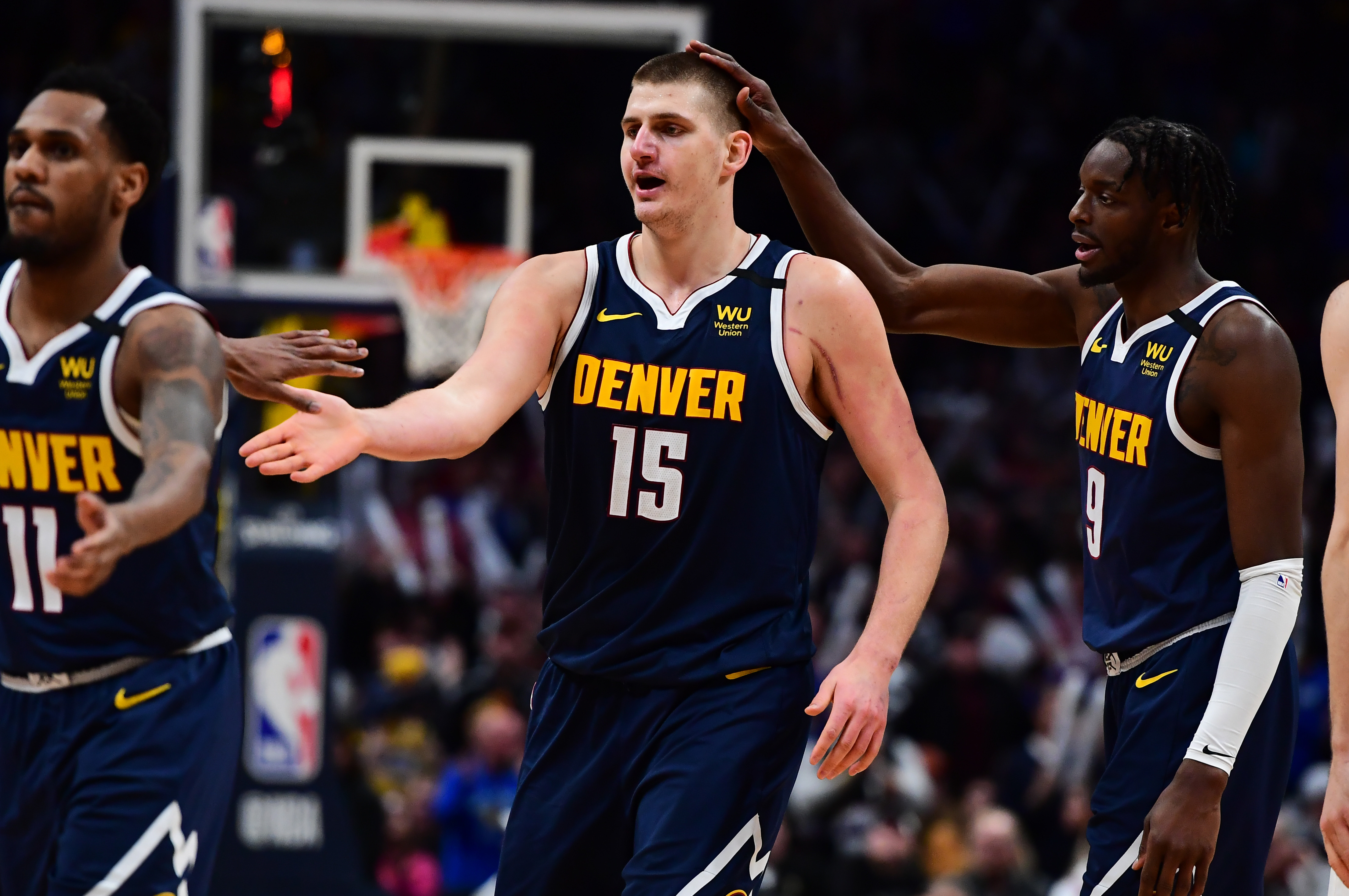 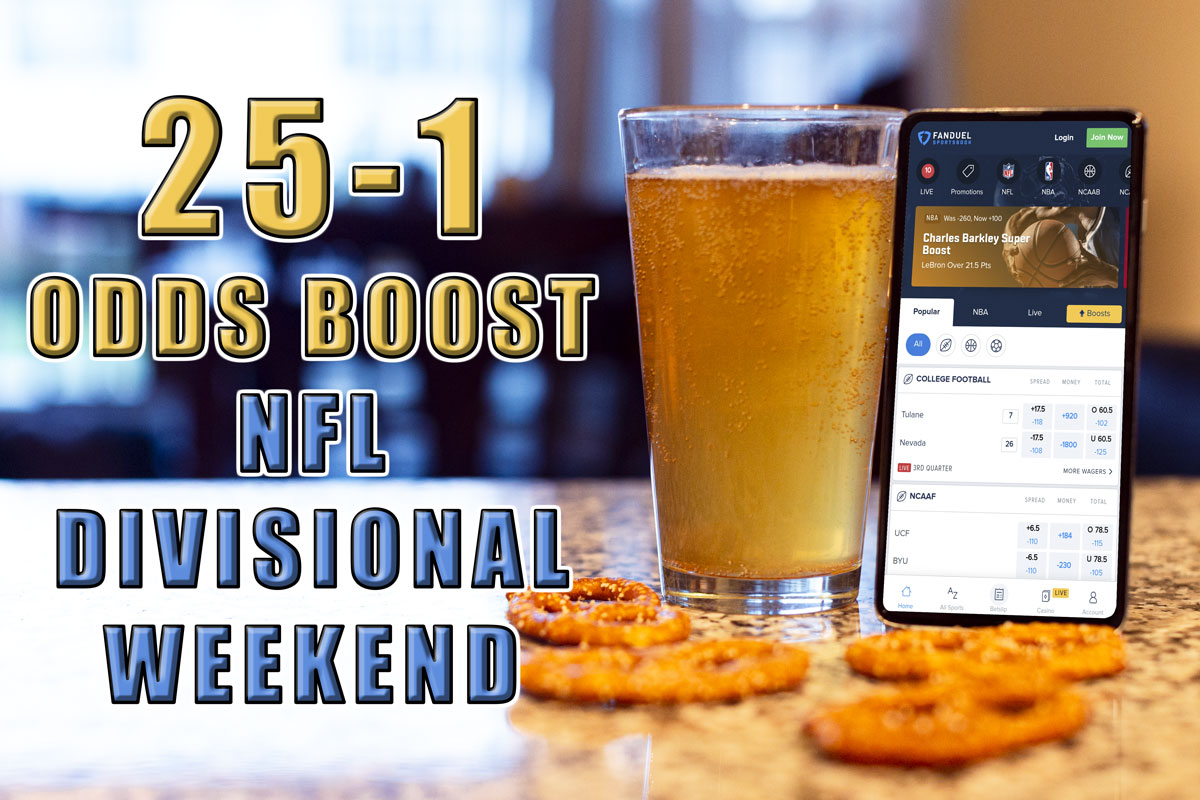 FanDuel Sportsbook Promo: Get 25-1 Odds For NFL Divisional Playoff Round