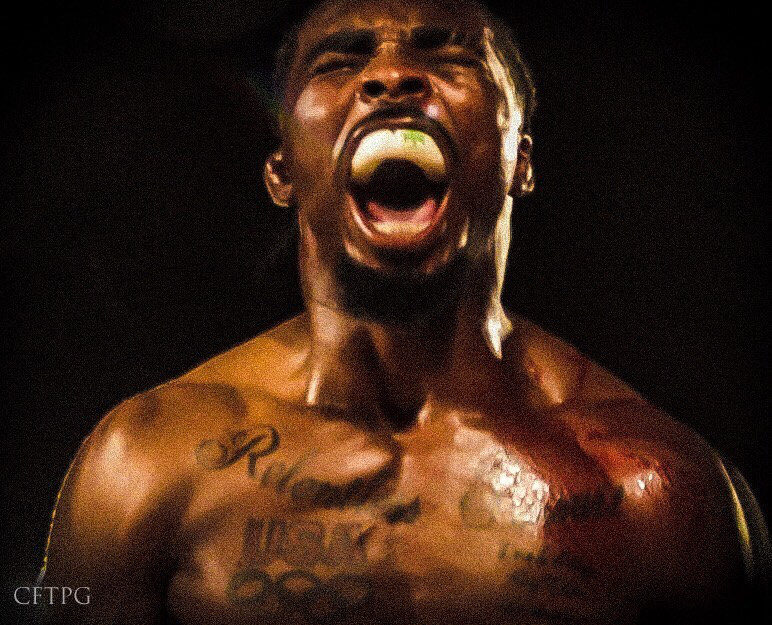 Daniel Caycedo transcribed this Q & A with Nate “Savage” Smith from Nate’s interview with The Prize Fighting Business. Nate fights at LFA 82 on February 21st in Prior Lake, Minnesota.

Dan: Your 5-0 as a pro, with three submission wins in a row. You have your next upcoming fight on February 21st at LFA 82 in Minnesota against fellow unbeaten, 2-0, Sean Stebbens. What do you know about your opponent?

Nate Smith: I only know a little bit about him. Because of the videos, I can see online that are posted online. I can tell he’s a wrestler, so he dictates the fight just from the takedowns themself. Which honestly, I’m not worried about it.

Dan: Yea, you have a wrestling background as well.

Nate Smith: Exactly, so honestly, that’s the least of my worries. He is my work because he’s in my way. And regardless of the experience that he has, he seems to think he has the answer to beat me. And I’m always looking forward to someone that thinks they can beat me. I’m not afraid to lose. I go out there and live by the sword and die by the sword

Dan: You haven’t lost yet as a pro. You are 5-0. But you did have an extensive amateur career. Just on tapology.com alone, you have fights. Do you remember how many amateur fights you had?

Nate Smith: Pshh, Bro, there’s a bunch of the fights that are on Tapology and a bunch that aren’t on there. I know for a fact that it’s over 30 fights, to be honest with you. Because when I was starting, I was fighting for the fun of it and the little additional bit of money that I made. As a broke college student, who wouldn’t? You know. But at the same sense, it was getting to the point where I was like, I actually might be good at this. Let me put a little bit more effort into this. Let me step back and study this. Let me study the game itself. Let me learn and ask some questions.

Dan: You’re the number 1 ranked flyweight in Nebraska, according to tapology.com. You recently switched gyms from Factory X to Elevation. So you’re getting even more, looks now. What does fight camp look like at your new gym for you?

Nate Smith: It’s honestly the best thing I’ve done so far. For the different looks, different styles, different viewpoints, building upon what I was already taught, and shown at Factory X and what I already know coming from Nebraska with Coach Dan Morino and Skywalker 101. It’s more growing my style because at the end of the day, don’t get me wrong, I have a style because I’m a wrestler, but at the end of the day, it’s unorthodox, and I’m growing. Constantly evolving. There’s always something I can improve on. Once I feel like there is something I can work on, I’m going to work on it. My mind is completely focused on growing myself.

Dan: Factory X and Elevation are arguably the top two gyms in Colorado if not two of the top gyms in the nation. What are the biggest differences you see going from one gym to another as far as approach or styles?

Nate Smith: Style-wise, it’s entirely different. Over at Factory X it’s more about timing, rhythm, breaking down your opponent, and the strategy itself. Every team has their own unique style to it. So I consider Factory X more of a technical style, straight forward, straight in your face. Kind of similar to wrestling, kind of Iowa style. Straight forward, hands-on, breaking the guy. Meanwhile at Elevation, extremely technical, don’t get me wrong, but it’s a flow, a flowing technical approach. It’s kind of like art. They are a flowing type of gym. But don’t get it twisted, their flow comes with madness. And that madness is technical. It’s unique, and I like it. I like it.

Dan: You’re relatively newer to the gym (Elevation), so you’re still feeling things out with the coaches. For this fight coming up, do you know who you’ll have in your corner?

Nate Smith: Right now I have Coach Peter (Peter Straub) who’s going to be in my corner. He’s going to come out there for the simple fact that we have this relationship starting to build up. Because he knows not only that I’m a wrestler, but I’m a grappler as well. On the jiu jitsu side of things.

Dan: So this fight is at 125, you’re a flyweight. What does that weight cut look like for you? What do you normally walk around at?

Dan: What would you say your goal is now?

Nate Smith: My goal now is to end up making it within the organization (LFA) and let it be known, my name is Nate Smith, and I’d love to end up being a part of your organization (UFC). I’m going to show you and I’m going to prove to you how dangerous I am. Because my fight name, The Savage, I live by it. And I go by it. Especially when I step foot into that cage. Because that is home, that is the office for me. That is where I have the most fun.

Dan: What tip do you have for young fighters?

Nate Smith: Be patient. Don’t rush it. Don’t follow the fad. Just make sure you’re ready. If you have hesitation upon saying you’re ready, then you’re not ready. Trust your instincts on that. Don’t just get caught up in the moment and be like, “Oh I’m ready, I’m going to turn pro in my next fight yada yada.” And you’ll face a monster. You never know. You might face a guy that is just as equally nervous as you but have more experience than you, or more confidence behind his work than you do. 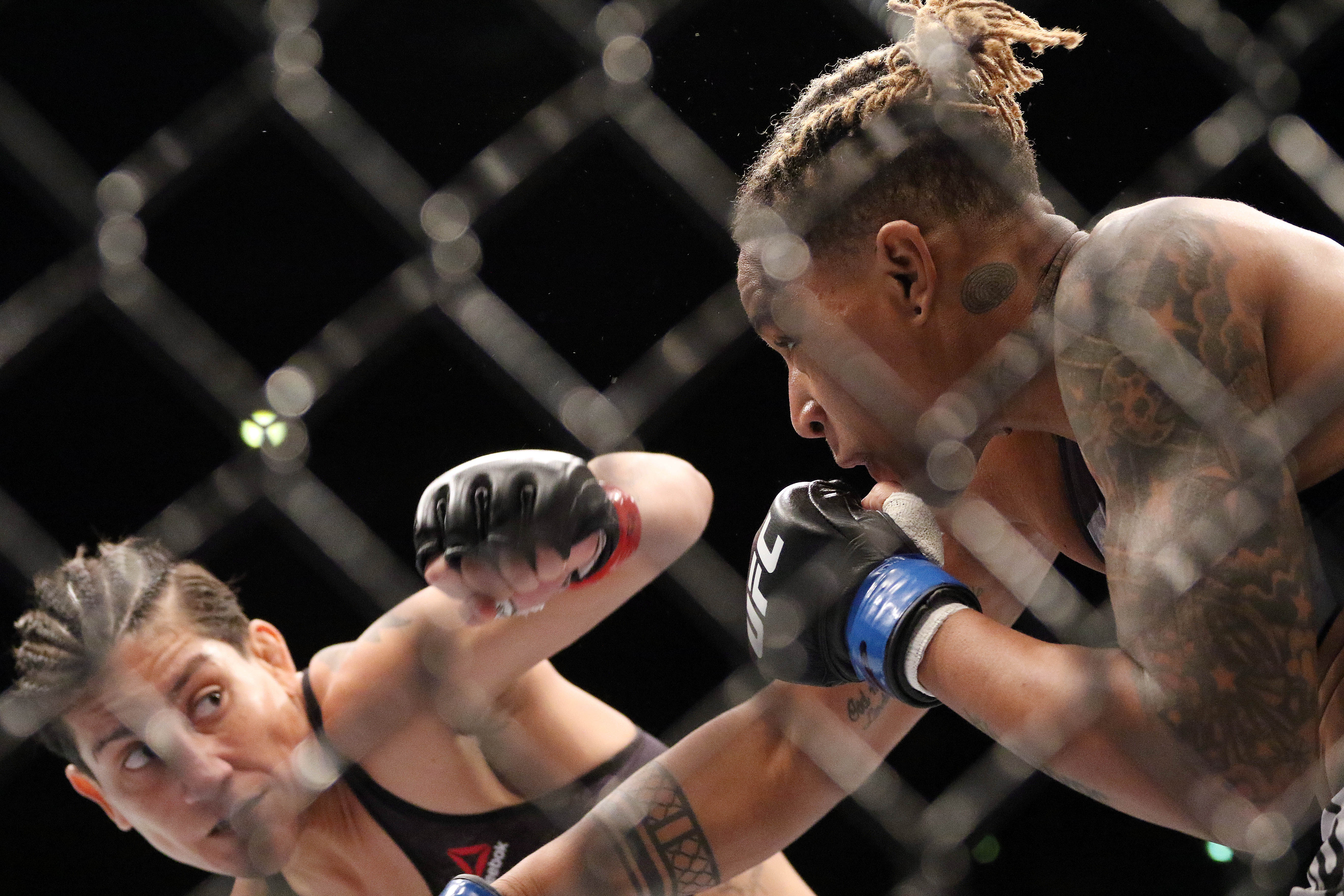 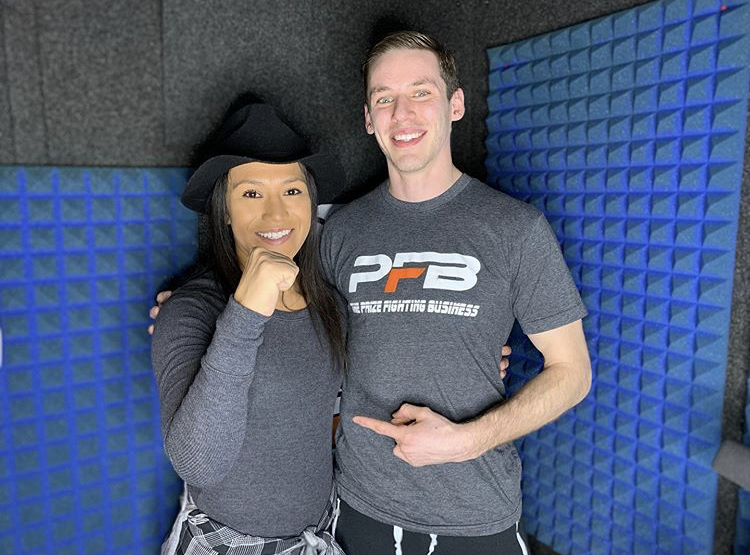