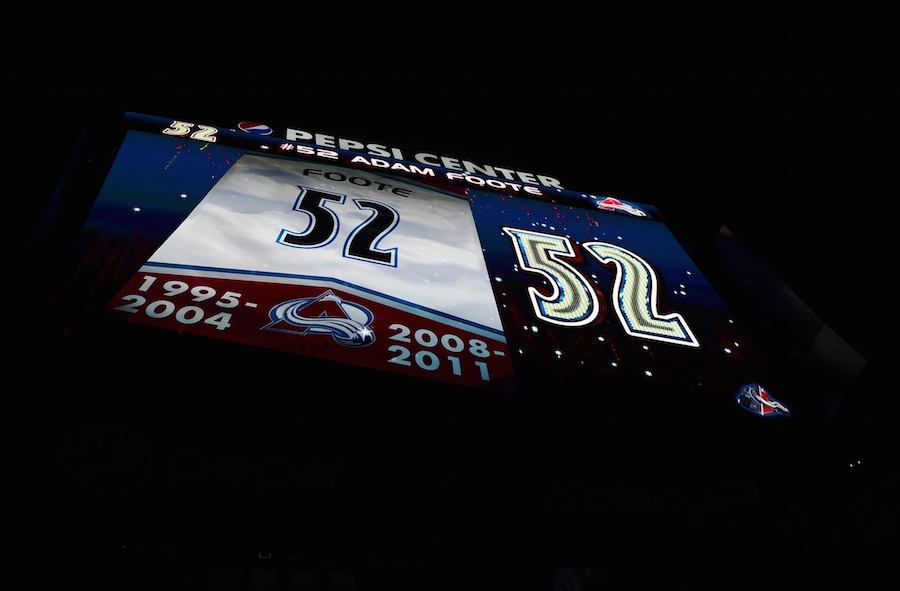 The sports world turned its eyes to New York on Sunday night to see one of the all-time great New York Yankees, Derek Jeter, have his number retired by the iconic franchise. Jeter became the latest in a long line of Bronx heroes to have his number put to rest – fitting for a player who averaged nearly 138 games per season over 20 years in Major League Baseball.

Jeter’s accolades are too numerous to list for these purposes, but they include 14 All-Star appearances, five Gold Gloves, five Silver Sluggers and five World Championships. He captained the Yankees through the great franchise’s turn-of-the-century renaissance and will be a guaranteed first-ballot Hall of Famer. He is the class of sports over the past decade, comparable only to names like Bryant, James and Manning over the past two decades.

Peyton Manning is perhaps the closest comparison that can be made during their era, as both men not only excelled on the field, but also conducted themselves with class and as faces of their sport off it.

No player in Denver sports over the last 20 years even comes close to a comparison with Jeter and Manning, but that doesn’t mean that there aren’t still some incredible athletes to have come through the Mile High City during that time – many of which may be deserving of having their numbers permanently retired.

In this series, we look at which current or former Colorado athletes are the closest to having their jersey retired, and why they may or may not see their numbers hanging in the rafters in the years to come.

Since 2001, the Avalanche have retired five players’ numbers – all of whom played central roles in delivering one or more Stanley Cup to the Mile High City. Ray Bourque (2001), Patrick Roy (2003), Joe Sakic (2009) and Peter Forsberg (2011) were all shoo-ins. Although some fans still contest Bourque’s place at Pepsi Center (his has more to do as much to do with his legacy in hockey on the whole as it does for the parts of two seasons in Colorado), it’s Adam Foote’s (2013) inclusion that complicates the next selection that could join them.

Foote played on both Stanley Cup winning teams, and became the Avalanche captain in 2009 upon Sakic’s retirement. His longevity and leadership with the club is without question. From an on-ice perspective, however, he was light years behind the other four players recognized in Denver. He was an All-Star only four times in 19 years in the league and only twice ranked in the top 15 in Norris Trophy voting, never ranking above 10th.

Therein skates Milan Hejduk, who assumed the captain’s mantle from Foote himself. Hejduk played a total of 13 seasons in the league, all for Colorado, and he won a Stanley Cup in 2011. He was an All-Star three times and won the Maurice “Rocket” Richard Trophy in 2003. Hejduk entered the league with a bang, but his career went out like the Avs’ seasons over his final few years – with a whimper.

He ranks in the franchise top-5 in games, goals, assists and points. By that standard alone his inclusion seems as foregone as a wide-open empty-netter. Hejduk is an all-time great in Colorado. But he also forfeited his captaincy (for what he thought was the good of the organization), and while he was a superb goal-scorer, he was never considered among the league’s truly elite forwards the way Sakic and Forsberg were. He probably deserves to join them in the rafters at Pepsi Center, but his chances might sit at only 50/50 at this point.