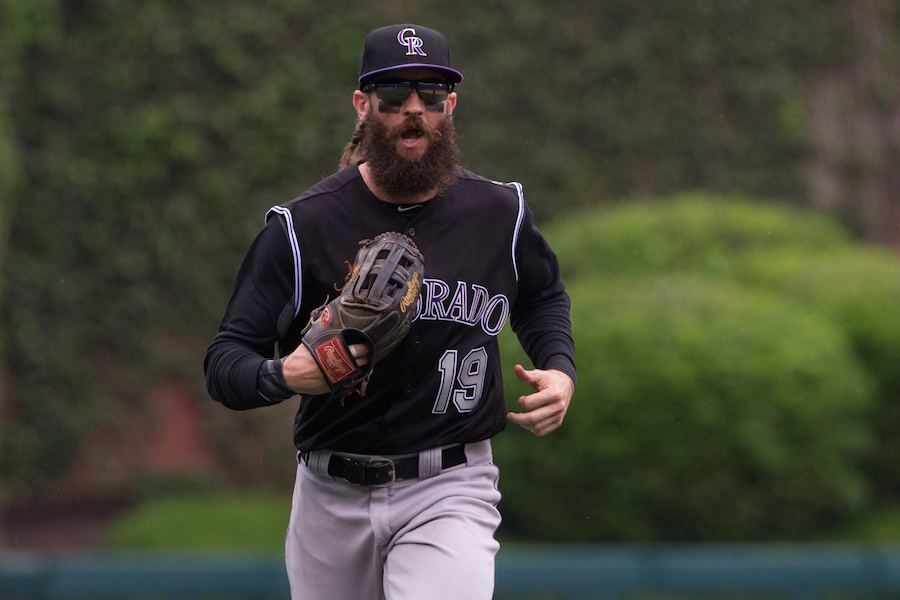 Last week I sent Rockies fans on a mission: Make sure Charlie Blackmon is made a starter in the All-Star game.

I don’t want to take all the credit, but in the second week of voting, Chuck Nasty took a huge leap forward.

Blackmon now has a comfortable lead over Jason Heyward and Ben Zobrist of the Cubs, while Atlanta’s Matt Kemp has bumped Kyle Schwarber (also of the Cubs) out of the top five.

If you don’t want to do the math yourself, we’ll let you know that Blackmon increased his lead on Heyward by an impressive 305,569 votes.

It doesn’t hurt that Blackmon has been on a tear these past few weeks. He earned NL Player of the Week honors for the week of May 22, then picked up NL Player of the Month honors the very next week.

While I want to take all of the credit for Chuck Nasty’s rise, it’s probably safe to say that his outstanding play (and beard and hair) had plenty to do with.

At the same time we told you to vote for Blackmon, we also suggested you don’t waste time voting for Rockies third baseman Nolan Arenado. (He’s a lock to be an All-Star, but landing a starting bid will be tough sledding.)

We’re glad you didn’t listen to us.

Arenado had a solid week himself, closing some ground on Kris Bryant. Arenado moved 41,332 votes closer to first place and a starting spot over the past six days.

At his current pace, Arenado would need just over five weeks to overtake Bryant. Voting ends on June 29, however, so Rockies fans will have to pick up the pace if they want to see Arenado in the starting lineup. Blackmon, it seems, is well on his way.