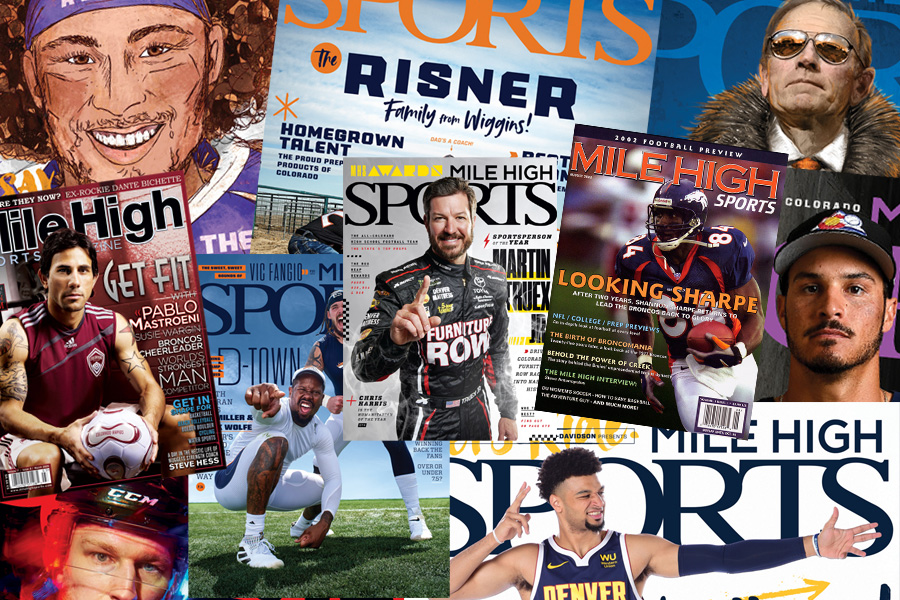 And there’s no reason Mile High Sports can’t get in on the fun. In an attempt to take a trip down memory lane, we’re proudly presenting “The Cover Story” – the tale of Mile High Sports Magazine as told through each and every cover. Now, we’re going to shake things up and present them in a somewhat random order, but at the end, we’ll give you, the reader, a chance to vote for your favorites.

So, for the next several weeks, while we’re all cooped up inside, check in in often at milehighsports.com and check out The Cover Story. We’ll post every cover and perhaps some behind-the-scenes tales behind a few.

If you missed anything, here’s a full archive of each post:

April 7th: Stephanie Smeltz, Willie B. and the Trivia Issue